Mutambara out in the cold 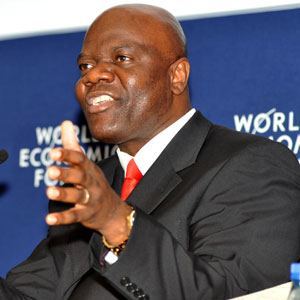 HE came with a bang, taking over the leadership of the pro-Senate faction of the MDC in February 2006, but it now appears the former University of Zimbabwe student leader will exit the political limelight anonymously.

Deputy Prime Minister, Arthur Mutambara’s name won’t appear on the Presidential ballot papers when Zimbabweans vote on Wednesday. Neither did his name appear on that ballot paper after he pulled out of the race in support of Simba Makoni in 2008.

He tried the Zengeza West parliamentary seat but lost to MDC-T’s Collin Gwiyo.

He has cut a lone figure in these dying days of the inclusive government despite being one of the principals to the power-sharing government.

Instead, it is President Robert Mugabe, Prime Minister Morgan Tsvangirai and MDC leader Welshman Ncube who are on the campaign trail seeking the keys to State House.

Mutambara, who has promised to unite democratic forces of change when he took over MDC in 2006, is bruised, battered and unable to command the respect he gained seven years ago.

Back then, the robotics professor said he had a mission of uniting the democratic forces of change, would work to refocus and energise the vision, values and strategy of these forces and the development of a comprehensive macro-economic blueprint that resolves the economic crisis.

He said then that the split of the MDC had caused distress on Zimbabweans and it needed someone from outside to resolve the crisis.

“As the party goes towards two separate congresses, the infusion of new leadership, untainted by current disagreements, is imperative to facilitate the reunification process,” Mutambara said then.

The reunification bid failed and his party was to split into two after the party’s congress in 2011, which elected Welshman Ncube as the leader.

At the end of that congress Mutambara promised to be a soldier in the party even though he did not have a position.

He said MDC was the only party in Zimbabwe that had made a transparent change in leadership.

“Before the national council met [last December], I said I was not standing for any position because I believe in leadership renewal and it is good for our party democracy,” he said.

Some months later, Mutambara was singing a different hymn saying that he was still the leader of the party.

He was seen to be closer to Mugabe in the inclusive government. When MDC said Mutambara should step down from his post in government, Mugabe supported him.

The fight for the party was to spill into the courts with High Court judge Lawrence Kamocha declaring him an illegitimate leader of the smaller faction of MDC.

Contacted for comment yesterday, Mutambara said he was busy but would return the call.