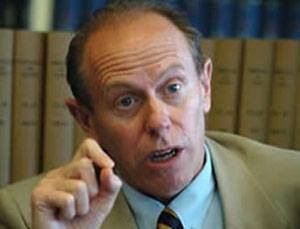 Former Education minister, David Coltart says government should treat the issue of teachers’ salaries as a matter of urgency or risk plunging the education sector into turmoil.

Former Education minister, David Coltart says government should treat the issue of teachers’ salaries as a matter of urgency or risk plunging the education sector into turmoil.

In an interview, Coltart said that government’s failure to address the issue of teachers’ salaries and working conditions was killing morale among the teaching staff.

He warned that the situation could get out of control if government did not take steps to address teachers’ concerns.

“If you have committed teachers, then you have a strong education system. Teachers make the difference and if we do not address teachers’ concerns then the education sector will be under threat,” said Coltart.

“Teachers are the most important facet of any education sector and government should be able to look into their concerns.”

The Progressive Teachers Union of Zimbabwe (PTUZ) has since sought audience with President Robert Mugabe following government’s failure to improve their salaries and working conditions.

The PTUZ has also hinted on embarking on a job action in the event that their concerns are not addressed. The union also took a swipe at Education minister, Lazarus Dokora for failing teachers and bringing disastrous policies to the education sector.

Salaries for Zimbabwean teachers are below the country’s Poverty Datum Line (PDL) which is currently pegged at around US$560.

Neighbouring countries such as Botswana have since offered lucrative salaries for Zimbabwean teachers willing to work in their country, a development that could lead to further brain drain in the education sector.

Said Coltart: “I am concerned about the declining morale among teachers in the country. It has to be noted that before we talk of the success of the education sector, we have to make sure that teachers’ concerns are addressed but the current situation is very worrisome and poses a major threat.”

The former education minister was not convinced government would be able to carry forward with programmes introduced during his tenure that were meant to improve the education sector.

“We identified that teachers’ conditions of service were poor and morale was very low. I secured US$23 million from the Global Education Project for teacher retraining which was meant to be implemented starting this year,” he said.

“One of the goals that we had set was a review of the curriculum but I do not see much on the curriculum review programme and I remain concerned about the declining morale among teachers.”