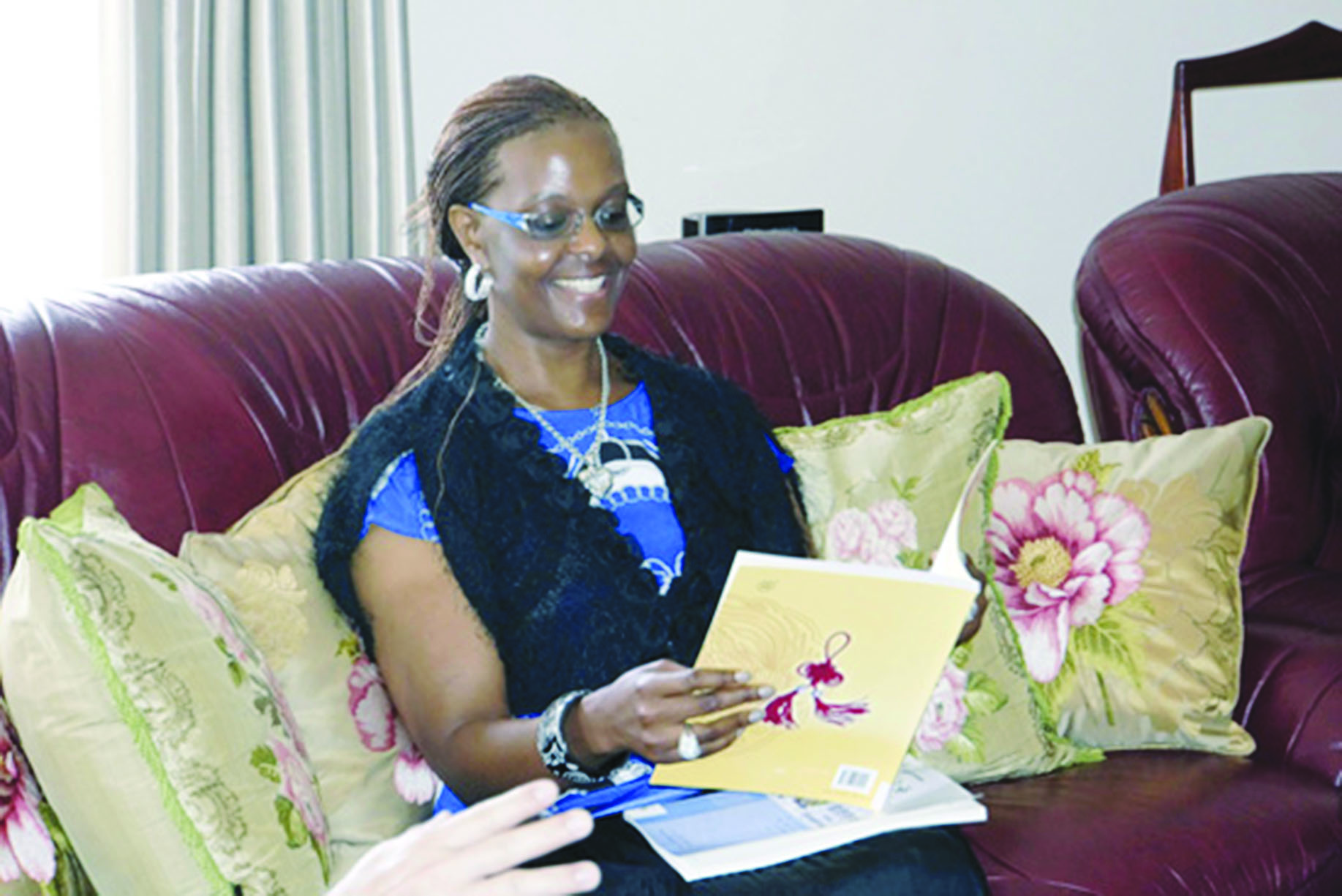 WHEN First Lady Grace Mugabe graduated with a doctor of philosophy degree (Ph.D) in sociology from the University of Zimbabwe (UZ) last year, she became an instant butt of jokes.

WHEN First Lady Grace Mugabe graduated with a doctor of philosophy degree (Ph.D) in sociology from the University of Zimbabwe (UZ) last year, she became an instant butt of jokes.

Claims that President Robert Mugabe’s wife acquired the prestigious qualification after less than two months of study started to gain traction and the UZ fuelled the fire by failing to avail her academic record.

Grace’s thesis has not been made public over a year since she was capped by her husband alongside former vice-president Joice Mujuru.

Theories abound of why the 50-year-old former typist appeared desperate to attain a Ph.D as her interest in academia was previously unknown, but she seems to have inspired tens of prominent Zimbabweans to acquire the coveted qualification.

There was also a stampede for honorary degrees, some dished out by dubious individuals and institutions.

The insatiable appetite for degrees also saw Zimbabweans resorting to bogus online universities that dish the qualifications like confetti at a wedding.

The worrying trend prompted the Zimbabwe Council for Higher Education (Zimche) — an institution mandated to evaluate academic qualifications in the country — to act.

Zimche warned Zimbabweans against enrolling with online higher learning institutions, saying most of them were fake.

Emmanuel Ngara, the Zimche chief executive officer, recently said external institutions must be registered with councils or commissions for higher learning in their countries of origin in order for council to recognise the qualifications.

Zimche named Calvary, St Linus, Atlantic International and Azalia universities as some of the colleges whose qualifications were not recognised in Zimbabwe but had become favourites with locals.

A Harare-based lecturer Wellington Gadzikwa believes low self-esteem is driving many Zimbabweans into acquiring academic qualifications and honorary degrees at all costs.

“It’s a battle for pride and self-esteem that has pushed many into acquiring fake degrees from online universities and bogus organisations that have no clue what a degree or a doctorate means,” said Gadzikwa.

But Zimche says the institution has no mandate to dish out such degrees or honour as it was not registered with the council.

“There is an institute that is giving out doctorates and the matter is still at the Prosecutor-General’s (PG) office,” Ngara said.

“We hope the PG will be able to help us in this matter. “Honorary degrees that are awarded by institutions that are not universities are also not recognised by Zimche.”

Zimche said Zimbabwe was yet to accept online studying as a credible way of attaining higher education certificates.

Higher Education minister Jonathan Moyo has also joined the fray as he announced on social media that government would soon regulate the uncontrolled dishing out of such degrees by bogus institutions.

Writing on micro-blogging site, Twitter, Moyo — a political science professor — chided those who obtained their degrees online saying “down with them”.

“We are taking action through Zimche among other measures, including legislation.”

Zifa president Philip Chiyangwa, who was awarded a Ph.D by Philippines’ St Linus University, said he was not fazed by fresh scrutiny of such qualifications.

Chiyangwa said he was not affected as he did not get an online degree and did not wish to be employed by anyone.

“What I can say to you is mine is not an online degree,” he said. “I am not affected as I did not get the qualification to get employed by anyone.

“Maybe there are others that are occupying important offices that have those qualifications and those are the people that will be affected [by a government review].”

Meanwhile, Sibanda insisted there was nothing wrong with the honorary degrees being given by his institution.

He claimed the degrees were being conferred to people who would have shown “an extra-ordinary work on humanity and not meant for employment seeking”.

“We have said this before; we are not there to be quizzed by any university because we give our recognition to people who would have established themselves already,” Sibanda said. “We will continue to honour outstanding personalities in the field of humanitarian work.

“We are not planning to please everyone. We are not seeking praise, but we are fulfilling our mandate that we think is right.”

Ex-student leader Pride Mukono said most of the people who were enrolling at questionable institutions were politicians who wanted to portray themselves as educated in order to fool the electorate when in reality their heads are empty.

“This is a result of personal ego which is worrying,” Mukono said.

“It has made our educational system a laughing stock because everyone is now called a doctor even when they cannot write their names under pressure.”

Soon after his reassignment to his new portfolio, Moyo revealed that from 2017, Zimbabwean universities would not hire lecturers without Ph.Ds to help improve standards.

One of his critics was former Education minister David Coltart, who described the plan as too ambitious since Ph.Ds were expensive to obtain Moyo was recently quoted saying most local Ph.D holders were not putting their qualification into good use as they were not producing any ground-breaking research.