Why Pasi, Zimra bigwigs are in trouble 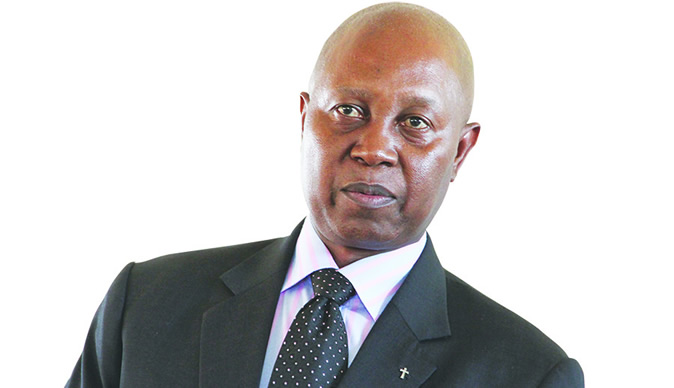 Suspended Zimbabwe Revenue Authority commissioner (Zimra) general Gershem Pasi’s troubles started when it was allegedly discovered that one of his cars was fraudulently registered after he was involved in an accident in Harare.

Suspended Zimbabwe Revenue Authority commissioner (Zimra) general Gershem Pasi’s troubles started when it was allegedly discovered that one of his cars was fraudulently registered after he was involved in an accident in Harare.

Pasi was driving a 2015 Toyota Land Cruiser when he was involved in the accident in the Newlands area and police discovered that it was registered as a budget car, possibly to avoid paying higher import duty, sources claimed.

Bonyongwe said the six had been sent on forced paid leave to allow for investigations into an alleged car importation racket.

However, this paper was reliably informed that Pasi’s woes are linked to the accident.

“Pasi was involved in an accident with his Toyota Land Cruiser, registration number ADS 6890 at the Newlands roundabout on April 27.

“The matter was reported to Highlands police station but handled by the Mabvuku traffic police,” a source privy to the developments said.

“But investigations later showed that the car was registered as a cheaper Toyota model. This raised suspicion leading to further investigations.”

Zimra board secretary for legal and corporate services Florence Jambwa requested written questions, but had not responded by the time of going to print.

The source claimed Pasi and the suspended managers bought their cars from a Harare dealer, Timoth Simfukwe and the vehicles were heavily undervalued.

A well-placed source within Zimra said Pasi and the other five bought the vehicles on the company’s car loan scheme without the board’s knowledge and there were no documents to support the purchases.

The board was tipped by a whistleblower in February and while they were carrying out further investigations, the matter spilled into the courts. Zimra now wants to carry out a forensic audit.

Simfukwe is already appearing before the courts facing charges of undervaluing vehicles in a racket that could have prejudiced the State of millions of dollars.

Zimra officials have been accused of forming syndicates of dealers who process counterfeit undervalued import documents to smuggle vehicles and other products into the country.

Several former Zimra employees and others allegedly acted as clearing agents to fleece the State of millions of dollars in an importation scandal.

In one of the incidents, two Harare men were arrested on allegations of processing import documents to smuggle in six vehicles through Beitbridge Border Post, prejudicing the State of $157 500,24.

He is alleged to have connived with one Liberty Tinashe Mahembe, a clearing agent at Beitbridge boarder post, to buy undervalued cars for Chihuri, Mutombodzi ,Velempini, Majengwa and Mrewa.