Mnangagwa not doing enough, says US 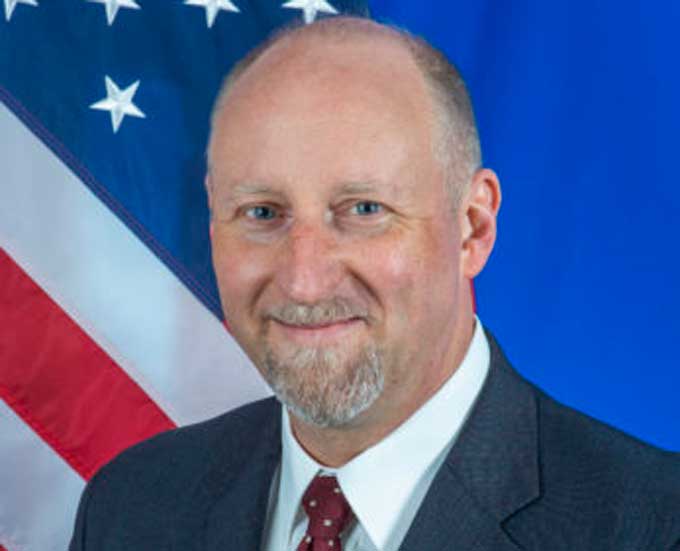 US acting ambassador to Zimbabwe Thomas Hastings, who is also the charge d’affaires, told The Standard in an interview that Mnangagwa has done little to erase the country’s ‘bad-boy’ image for  the normalisation of relations and lifting of targeted sanctions to happen.

The United States says President Emmerson Mnangagwa’s government has done little to ensure relations between Harare and Washington are normalised as concerns grow that Zimbabwe might have yet another disputed election next year.

Since coming into power following a 2017 coup against long time ruler Robert Mugabe, Mnangagwa has been on an overdrive to try and normalise relations with Western countries, which became sour at the turn of the millennium over human rights abuses.

The Zanu PF leader, who is battling international isolation, has also spent millions of dollars hiring international public relations firms to lobby on behalf of his administration, but without success.

Western countries initially warmed up to Mnangagwa soon after the coup, but a pattern of continued human rights violations have seen them withdraw support.

US acting ambassador to Zimbabwe Thomas Hastings, who is also the charge d’affaires, told The Standard in an interview that Mnangagwa has done little to erase the country’s ‘bad-boy’ image for  the normalisation of relations and lifting of targeted sanctions to happen.

“The sanctions are still in place so obviously when my government believes they are no longer necessary, they will be removed,” Hastings said.

“We do try to continue to talk to the government about the underlying concerns, but the human rights and democracy concerns, which are the reasons why my government imposed the sanctions in the first place are still there.”

The US and the European Union first imposed sanctions on Zimbabwe in 2002.

The ruling Zanu PF government blames the sanctions for the tanking economy.

Washington has continued to renew the sanctions saying they would not be removed unless political reforms are in place.

Hastings said there was no political will to implement the reforms as he noted concern on the Private Voluntary Organisations (PVO) Amendment Bill, which seeks to regulate operations of non-governmental organisations (NGOs) and civic groups.

He said the PVO Bill would further shrink the democratic space as the country marches towards the 2023 elections.

“We shared some of our concerns (over by-elections) publicly afterwards like active violence, some confusion about who should vote where.

“I saw this with my own eyes at some polling stations,” Hastings said.

“So we will be watching all those things closely because free and fair elections are a priority.

“The PVO Bill is a concern to us…if those organisations are not permitted to operate freely that will definitely have a concern to us, have an implication for assistance and more importantly it’s a concern just in terms of freedom.”

Government says the PVO Bill is necessary to regulate the NGOs and civic groups which it accuses of pushing a regime change agenda.

“That these organisations should be free to operate receiving money from an international partner such as us does not mean we will be doing something unpatriotic,” Hastings added.

Zanu PF plans to use its parliamentary majority to railroad the PVO Bill and the Patriotic Act which seeks to punish citizens accused of speaking ill of the country.