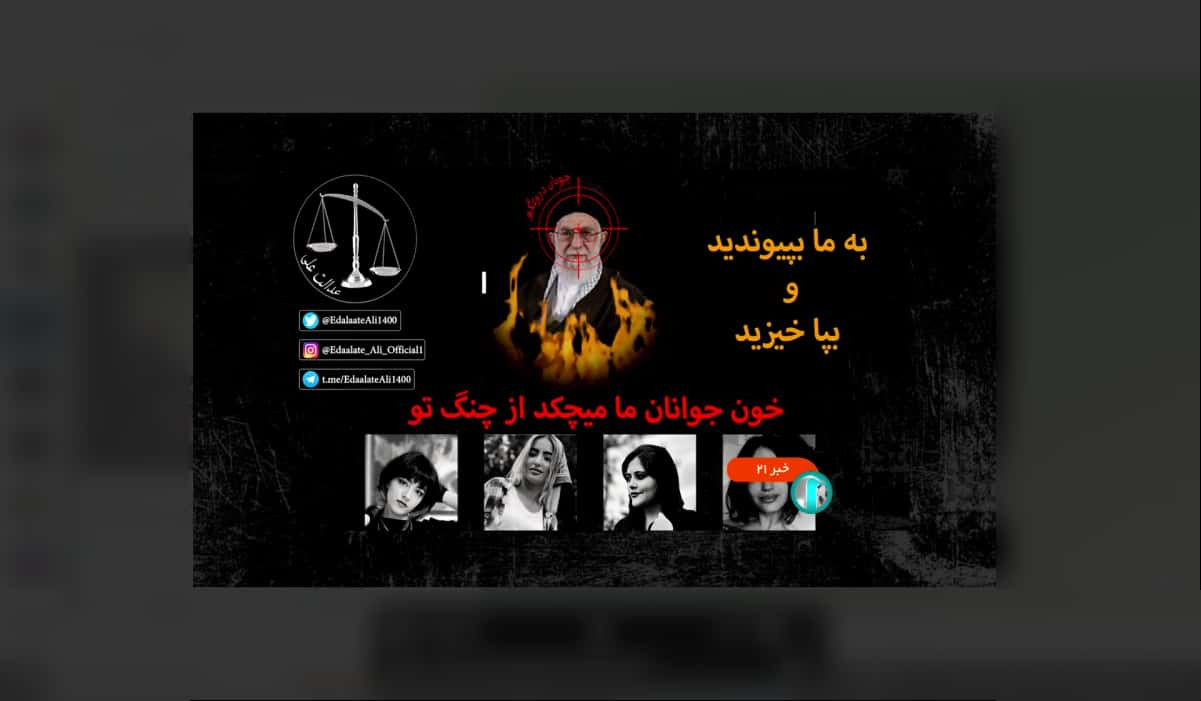 Is it possible to hack television stations just like what we used to see in the movies?

One of Iran’s state-run TV channels was hacked on Saturday briefly displaying a message against Iran’s Supreme Leader Ali Khamenei, with a graphic of the Ayatollah in crosshairs, according to multiple news outlets.

The message displayed in Farsi read, “The blood of our youths is on your hands,” according to an English language translation by Al Arabiya.

The  10-second takeover of the airwaves was in support of the current uprising in Iran for the rights of women, which started after 22-year-old Kurdish woman Mahsa Amini was arrested by Tehran’s morality police on September 13 and died in the hospital three days later.

Amini, who was picked up for not covering her hair modestly enough, was allegedly beaten, but authorities in Iran insist she died of an unrelated heart attack.

The hackers, who call themselves Edalat-e Ali (Ali’s Justice), displayed on their Twitter, Instagram, and Telegram channels on the screen during the interruption. A white mask with a black beard and streaks of green and red paint, presumably forming the Iranian flag, also appeared briefly during the hack. And while it is not exactly a Guy Fawkes mask like the one that shows up in countless protests around the world, it is close enough that many news outlets have made the comparison.

The photos of four women were also displayed on the screen during the hack, including Amini.

Najafi was shot by Iran’s security forces, according to her family, but the Iranian government insists she was shot by fellow protestors.

It is always difficult to identify whether the hackers are a real group within Iran or an external group that is trying to cause regime change within Iran.

As we pointed out when the protests started last month, it can be extremely difficult to figure out what is happening in Iran when the government shuts off internet access. But after weeks of protests that have made their way to social media, it has become clear the demonstrations are very real and widespread.

As just one example, female students at Alzahra University in Tehran shouted “get lost” at Iran’s President Ebrahim Raisi while he was visiting the campus on Saturday.

Raisi said recent protests across the country had been conducted by “rioters” and compared them to flies.

“They imagine they can achieve their evil goals in universities,” Raisi said, according to Reuters.

“Unbeknownst to them, our students and professors are alert and will not allow the enemy to realise their evil goals.”

At least 134 people have been killed in the protests, according to Amnesty International, though other human rights organisations have come out with numbers that are certainly higher. Since the beginning of the protests in mid-September, several hacking groups have been helping the Iranians with targeting state websites and online services.

They have released numerous documents and have disrupted hundreds of surveillance cameras.

Mutisi is the CEO of Hansole Investments (Pvt) Ltd. He is the current chairperson of Zimbabwe Information & Communication Technology, a division of Zimbabwe Institution of Engineers.