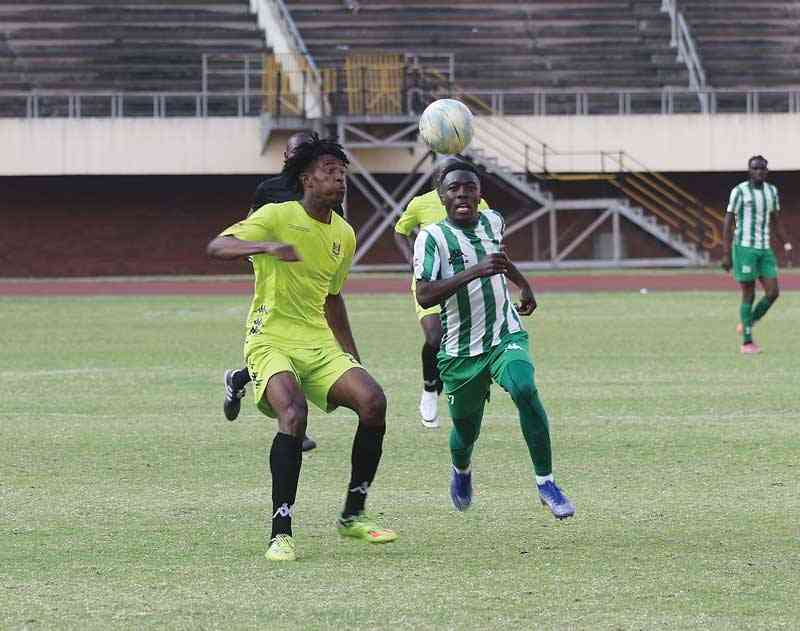 CAPS United’s fight against relegation suffered a major reversal yesterday after they were held to a draw at home by fellow strugglers Tenax in a Castle Lager Premiership tie at the National Sports Stadium.

The Harare football giants went into the match seeking to avenge a 2-1 defeat in the reverse fixture to move clear of the relegation zone but were left to rue after failing to capitalise on home advantage.

While the point gained left them safe from the relegation puzzle, with 31 points from 27 rounds of matches with seven more to go, the performance overall was lacklustre.

Coach Lloyd Chitembwe said afterwards. “I think we can take the point but we could have done better. There is nothing much to say about this but it could have been better. It happens in football, sometimes you have it your own way and, in some cases, you don’t.”

His counterpart Shadreck Mugurasave said they were disappointed not to secure maximum points.

“We are disappointed, we wanted to collect maximum points.  How many chances did we create which failed to utilise? Our strategy was to attack, we didn’t want to sit back and we had possession but we couldn’t convert that into goals. I am confident we can still survive. There are still seven games to play for and for us its back to the drawing board. We are now looking forward to our next match against Harare City,” he said.

The Prison wardens remained second from bottom on the league standings after the draw with Caps United with only 22 points.

The visitors had a good opportunity 35 minutes into the match when Aristotle Manyamba weaved his way past a couple of Caps United players only to direct his effort wide. To their credit the home team fought back and Joseph Tulani missed a good chance on the 39th minutes with his effort drawing a fine save from goalkeeper Panashe Chirimanyemba. Clive Rupiya also missed a headed opportunity on 66 minutes as the introduction of Joel Ngodzo for Blessing Sarupinda in the second half provided some creativity.

The visitors, however, looked determined to  emerge with a full set of points with Joel Munsaka and Tafadzwa Marira troubling the Caps United defence with their pace and strength in the final third.