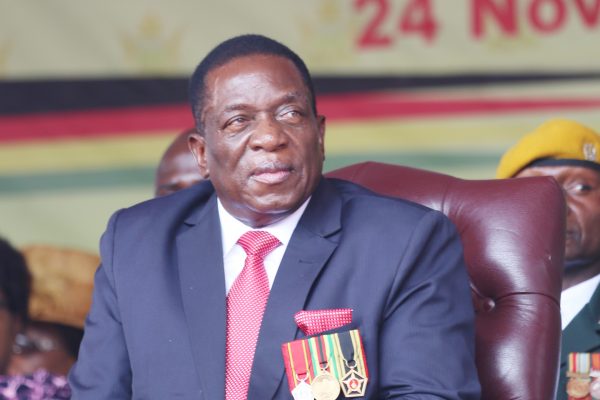 The Austrian company contracted to dualise the Beitbridge-Chirundu highway has ignored President Emmerson Mnangagwa’s move to cancel the contract and says it is already working on the project amid indications another legal row is brewing over the project.

The Austrian company contracted to dualise the Beitbridge-Chirundu highway has ignored President Emmerson Mnangagwa’s move to cancel the contract and says it is already working on the project amid indications another legal row is brewing over the project.

Mnangagwa announced during a recent visit to China that Geiger International’s tender to carry out one of the biggest road projects in the country since independence had been cancelled because the firm was failing to deliver on time.

There were indications the tender would be given to a Chinese contractor and that some senior government officials wanted to muscle in their companies into the project that has been on the cards for over 16 years.

it will not go away without a fight.

Cuthbert Mashanda, Geiger International’s representative in Zimbabwe, told The Standard that their engineers were on the ground carrying out surveys on the highway before the actual work commences.

He said the firm had not received any official communication from the government concerning the cancellation of the tender.

“We shall be issuing a comprehensive statement on the project soon but as we are speaking, work is already going on,” Mashanda said.

“To us this is a legal deal, which we want to see through. We don’t do our work through the press. Yes, we have noted the statements, but it is work as usual.”

He said Geiger was not worried about reports that the tender had been cancelled.

“If you drive between Chivhu and Mvuma, you will see our team there,” he said.

“We are working, so we are not going to fight anyone or spend our time communicating via the press.

“We will respond appropriately in a legal manner to government.”

Sources said Gieger was likely to challenge the cancellation of the tender in court if the government carried through its threats after the 60-day deadline lapses.

The Austrian firm was awarded the $1 billion contract in 2016 after talks that dragged on for over four years.

At the time, the government said the project would take 18 months to complete, but nothing tangible has happened on the road.

Transport minister Joram Gumbo said he was watching developments on the project closely.

“We are counting days and Cabinet, in its totality, has expressed misgivings on slow or non-action on the road,” he said.

“We want this project done like yesterday,” Gumbo said. The government said it was giving Gieger a mandatory 60-day notice to terminate the contract.

Gumbo said the Geiger contract was dogged by a “few legal challenges that needed to be ironed out”.

“We had a few legal things that we ought to have finalised, but the contractors as well had some issues, hence the decision by Cabinet to say enough is enough,” he said. “We want to move on and have the road usable as soon as possible.”

This publication reported in January that Gumbo came under serious pressure from a senior government official to cancel the tender soon after former president Robert Mugabe was toppled in a coup last November.

Meanwhile, sources familiar with the project said if the government went ahead with the termination of the tender, it would take at least a year to get the project back on course even if a new contractor was to be engaged in the next few weeks.

The sources said a number of processes had to be followed such as a technical due diligence and negotiations for loans to finance the project.

Negotiations between the government and Geiger stretched for five years.

“Yes, Geiger has delayed, but the move will come with a cost to Zimbabwe,” said a senior government official familiar with the Geiger deal.

“Geiger will definitely not go without a fight and indeed talks with new potential investors would not go on smoothly.”

The tender to dualise the Beitbridge-Chirundu highway was first awarded to ZimHighways — a consortium of local companies — in 2002.

ZimHighways failed to implement the project for over a decade because of hyperinflation and when the government cancelled the deal, the contractor fought the decision in court.

The consortium was persuaded to drop the court challenge by the government in 2013 paving way for the Geiger deal.

The highway has deteriorated over the years due to lack of maintenance and its poor state is blamed for the spate of serious road accidents on one of the country’s busiest transport corridors.