Mphoko will be arrested, says Zacc 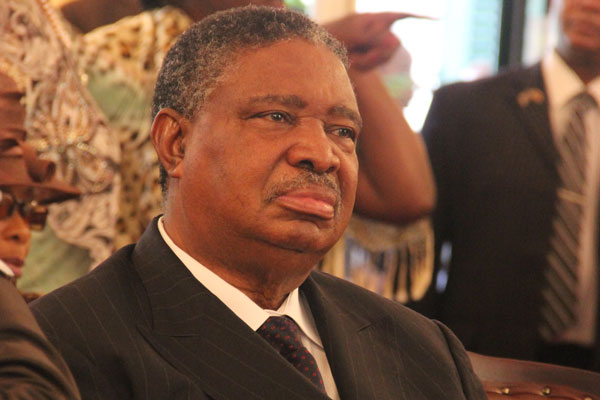 FORMER vice-president Phelekezela Mphoko has said he is not corrupt, and never stole anything during his time in office.

FORMER vice-president Phelekezela Mphoko has said he is not corrupt, and never stole anything during his time in office.

Mphoko said this during an interrogation by Zimbabwe Anti-Corruption Commission (Zacc) officers at his house in Bulawayo on Friday.

“You know as I say, I am entitled to be respected like anybody. I never stole anything from anybody.

“I have a record of being generous together with my family; if at all there is anything I could have taken from people, there is nothing like that,” Mphoko said in a video posted by his daughter Siduduzile.

In response, a Zacc officer is heard saying they also did not have a record of corruption against Mphoko.

“As Zacc, we don’t have any record as such,” the officer could be heard saying.

However, Zacc later posted a message on Twitter threatening to arrest Mphoko accusing him of failing to cooperate with its officers during their visit to his residence, but a video posted by his daughter reveals otherwise.

In the video, the Zacc officers accused Mphoko of abuse of office for allegedly ordering the release of some accused persons from custody.

In 2016, Mphoko was accused of ordering the release of former Zimbabwe National Road Administration acting CEO Moses Juma from police custody after his arrest for criminal abuse of office.

In response, Mphoko said he was not acting alone – if ever he was to be accused of abuse of office.

“The presidency is an institution; in that case it was President [Robert] Mugabe, myself and [then vice-president] Emmerson Mnangagwa,” he said.

“There were people who were coming to us to inform us of what was happening requesting the intervention of the presidency.

“In situations of that nature, there were some cases, which were referred to me [by Mugabe], some cases handled by [Mnangagwa],” Mphoko said in his response in the video.

He detailed a number of cases he handled such as the Maleme Ranch farm dispute in Matobo, Matabeleland South, pitting villagers and white commercial farmer Peter Cunningham on one side and a state spy, Rodney Mashingaidze, on the other in 2015.

Meanwhile, Mphoko is being accused of resisting arrest.

“It is sad that the former VP refused to collaborate with enforcement officers and unfortunate that he and those around him believe that they are above the law,” Zacc announced via Twitter.

“As the chairperson [Loice Matanda Moyo] has reiterated time and again, no one is above the law.

“We will ensure that the long arm of the law visits him in a manner that he understands and that he answers for his actions [as soon as possible].”

Mphoko’s lawyer Welshman Ncube and Zacc chairperson Matanda-Moyo were both unreachable for comment.

Mphoko was booted out of office following the November 2017 coup that ousted Mugabe.