In Conversation With Trevor : A passion for education and art drives Thembani 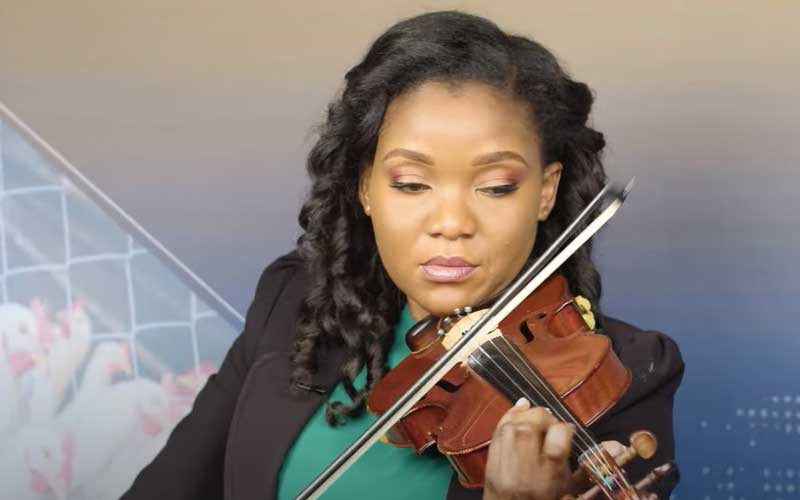 Teacher and musician Thembani Doralyn Mhambi (TM) suffered post traumatic disorder because of bullying when she was in high school. Mhambi told Alpha Media Holdings (AMH) chairman, Trevor Ncube (TN) on the programme In Conversation with Trevor that the bullying she endured gave her the “I will show you kind of attitude” which shaped her adult life and the pursuit of various activities, including developing herself continuously.

TN: As I was reading your biography, your profile, I was saying wow, there’s so many pieces to this human being? You are a communicator, a marketing expert, you are a musician, public relations expert, you have a passion for education, for art, you have done recruitment. Which one of these is Thembani?

TM: The passion for education and art.

TN: And it spills to other things doesn’t it?

TM: It spills to other things yeah. In fact, it is the people, the people are at the heart of everything that I do, but I really love education and art, artistic endeavours.

TN: The people? A lot of people say people are problematic? Why are you attracted to the people?

TM: I think there’s probably something in me that just wants to grow and develop, so learning more about people, spending time with people, helping people, I think that is my calling in life. So it is the people.

TN: Don’t people get to you? I mean they’re being people? Their ‘peopleness’?

TN: Does that not get to you sometimes?

TM: I think it’s work in progress. As I have gotten older I have become a bit more mature, but I think as Paul said in the Bible, that I have not attained it. The race is not finished and you know until I die I will still always be maturing and improving in the way that I deal with people.

TN: It is work in progress. Also, as I was reading your bio it is as if you have layers of you which continue to be revealed? The musician, the teacher, the performer. Talk to me about that evolution of you? Are you done yet or are we going to still be experiencing more of you? Are you still evolving? But talk to me in the first instance about that journey of discovering who Thembani is?

TM: The journey, I think it is like life breaks you, and then when life breaks you open, then you get to experience more of yourself. So, in my younger years it was trying to fit into the role that was expected of me by family, by society, and in fact I would say by just even the black society you know. Then as I have gotten older and realise that I am living life for myself and not for anyone else, and long term I can’t possibly be happy doing things that other people wanted me to do and not follow my own path. So that is what has led me to be where I am today.

TN: Not fitting in?

TM: Not fitting in.

TN: Standing out. You talk about particularly what African culture expected you to be? What other people expected you to do, to be? Talk to me about that pushback that you have had to go through to assert who Thembani is?

TM: Okay. I think for most people coming from family backgrounds, your parents expect that they are sending you to a good school, and you are going to go to university and you are going to be a lawyer or a doctor or a chartered accountant. When that is not the path that you want to take then you kind of have to fight, you know. I can understand our parents, because I think parents really feel that they need to protect their children. So, they will be saying I don’t think you can do like zvemagitari [guitar stuff] you know, because it will be a hard life for you, you are a girl, you are young, people will try and take advantage of you. So, it would be better for you to go like to medical school or something like that. It is really out of love.

TN: So, you actually experienced that from your parents?

TM: Yes, I did experience that, yeah.

TN: Talk to me about that strain?

TM: I started playing music in high school, and when I was doing A’ Level I was studying maths, biology and chemistry. So, my mother insisted that I drop all my musical activities. I was doing many musical activities, so I dropped pretty much everything except for a few like just one, the Harare City Orchestra where I was still playing with them, but I dropped all my musical activities at school to just focus on my schoolwork. Then after graduating I wanted to study music but my mother had said no just go to University of Zimbabwe (UZ), study a normal degree and then after that if you still want to do the music you can come back to do the music. All these many years later here I am coming back finally to the music.

TN: So you did what mom said you should do?

TN: You went to the University of Zimbabwe and you studied physiotherapy is it?

TN: As I was looking at your CV, I’m like there is very little physiotherapy here, but you actually went, you actually got awards at university for third year. You had the best dissertation and that kind of stuff? You are doing all this because mom wanted you to do this?

TM: Yeah. So, I think that is another aspect of me. I guess that I am very task oriented. I like to say I am a performer, so a performer executes what needs to be executed and I am a performer. So, if that is what we need to do today then that is what I am going to do. So, at that time in that season I had to complete that degree and that is why I just put my best effort into it.

TN: And you aced it?

TN: It is never a profitable discussion isn’t it?

TM: Yes, it is not a profitable discussion at all, yeah.

TM: Okay, so when I was in high school I was bullied a lot at school, and high school was actually a very difficult time for me.

TM: At Chisipite Girls School yes. So, it was a very difficult time for me, I was coming from a government school, and I was the only person from my primary school at Chisipite and Chisipite has a feeder school. So there were many people who knew each other and they were all friends with each other. So here I was, I was from a different school, I did not know anyone, not a soul and then I also look a bit different and I was quite obese as a child, so I was also fat. It was a very difficult time for me. Then I am also very young and it is like just trying to come into myself, and that transition was like being hit by a train.

TN: Unpack to us if you may. Any specific incidents of bullying that you dealt with at Chisipite? And when you say you are looking different, you mean the majority were white and you’re black? Is that what you’re talking about?

TM: Other people came from fairly well off families. So, for me I was there on like a bursary, so that is why I was there. Then coming from a home that was a single parent home, most of the other girls had their mothers who were housewives and things like that. So, we were different. Even on civvies days and things like that you would see the difference. Looking back, I think it was just little kids being little kids and trying to find significance by kind of exercising what they thought was power on somebody else that they perceived to be weaker rather than trying to find it in themselves, trying to find that significance within themselves without needing to kind of put themselves out there on top of everybody else in a negative way.

TN: Any scars that have stayed with you as far as that aspect of your life is concerned? Bullying and being in a space where, from what I am reading, you get the sense you don’t fit?

TM: It definitely felt like I did not fit and I always say I have got like PTSD from the bullying, but it also gave me that ‘I will show you’ kind of attitude. So, everything that happened to me in high school, I just said I will show you. That pretty much shaped my adult life and the pursuit of different activities and developing myself and continuously working on myself. As an example, I applied to join the Toastmasters Club in high school and they said no. They just rejected the letter and then the word was that I was not part of the cool girls. The first thing I did after High School was join Toastmasters International and then eventually I became the president of the club, so it is those kinds of things that I feel the bullying actually gave me a boost, it was like my first real push.

TN: Has that remained your attitude towards life?

TM: Now my attitude has changed a lot, because obviously life happens, but I still want to pursue excellence.

TN: Admiral Tate, that’s where you did your primary school?

TN: And then Chisipite Girls High. Looking at your bio, there are a couple of people that played a big role in who you became particularly as a musician? If there are a few that you want to highlight I would love that. Diana Wright, Paul Coleman, Sibu Moyo, Bruce Brine, Lorna Kelly. All these people poured something in you? Talk to me about those people?

TM: So Di Wright, she was my first music teacher and we had a love-hate relationship. I think she’s still teaching at Chisipite School today. If you talk to anyone from the music department they will tell you about Di Wright, but she really expected a high standard of excellence and she was so committed to music that even when she was teaching me, when I started I was learning the viola and the viola is totally different. The viola uses a different cleft, like the musical writing, it is slightly different, you have to read it differently. She was, she would be on the next page of the music book and I would be on the page before! So that is how it was, but she was really committed, and I think she sparked that love of music in me.