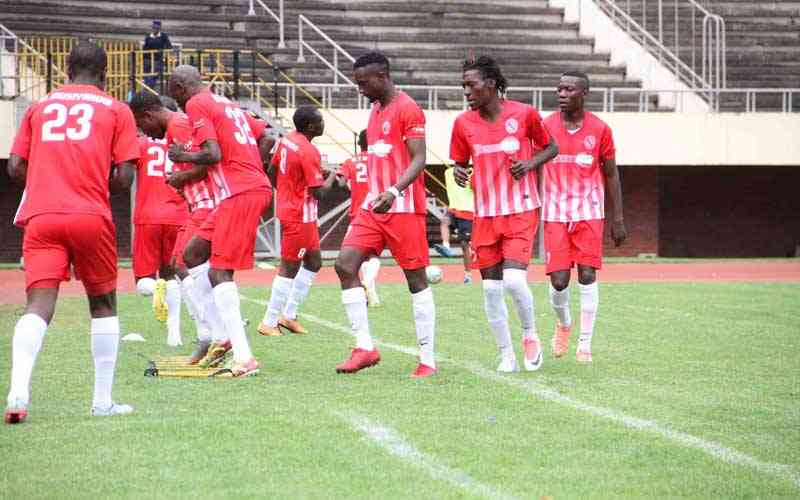 Yadah FC lived a charmed life after Herentals hit the frame of the goalpost in either half as the two teams shared spoils in a drabby Castle Lager Premier Soccer League encounter at the National Sports Stadium in Harare yesterday.

Tino Benza missed the best chance of the game just before the halfway stage of the first half coming face-to-face with Panashe Nyabunga, but his attempted dink crashed off the crossbar.

Winger Prince Chama then followed suit 19 minutes before fulltime as his well-taken half volley from the edge of the box also cannoned off the woodwork and bounced back into play.

It was the fifth time in six matches that the two teams shared spoils since they were both promoted back into topflight football in 2018.

Yadah FC have won one encounter and Herentals are yet to taste victory against the Students.

“We couldn’t bury the chances that came our way. The best chance came to Tinotenda (Benza) in the first half and the other chance came from Avi Mataranyika almost in the added minutes that he also failed to convert,” coach Kumbirai Mutiwekuziva said after the game.

“Our games against Yadah have  been very difficult for years now. It’s a derby match that we have created between the two clubs and it is won by teamwork and conversion of chances.

“It’s a point gained but three points is what we need to collect every time when we play, so I am quite disappointed,” he added.

Mataranyika could have won it for Herentals right at the death, but Tanaka Nyabunga pulled off a brilliant save to parry the ball out of play.

Yadah FC had their own chances through Vincent Sango twice in the first half.

The Miracle Boys were missing the services of their coach Genesis Mangombe, who is away with the police football team in Tanzania.

There was no one to carry the media duties from the technical team.

Herentals missed an opportunity to move into fourth place on the standings.

They now have the same number of points with fourth-placed Highlanders with 41 points from 27 matches while the Bulawayo giants have played a game less.

Mutiwekuziva’s side has also gone on an eight-match unbeaten streak in the league.