Munetsi continues to shine in Ligue 1 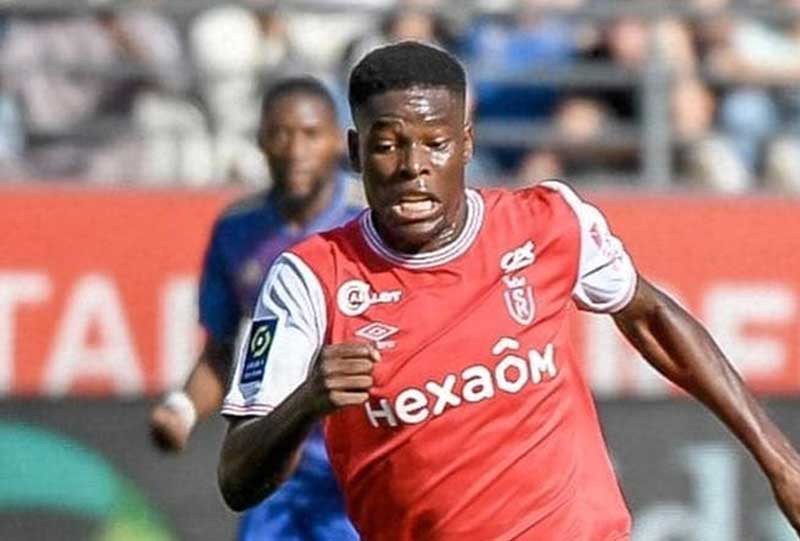 WARRIORS’ star Marshall Munetsi has emerged as one of the best central midfielders in the UberEats  Ligue 1 in terms of distance covered at this stage of the competition.

Munetsi is a key member at Stade de Reims having featured in all the eight matches for the French top flight league side prior to the international break and has scored one goal.

However, the Zimbabwean is suspended for his side’s away tie against ES Troyes this afternoon alongside two other teammates   Maxime Busi and Dion Lopy.

According to the statistics by Ligue 1 Munetsi averages 12 km per match and has covered 96,2km which is the second best statistic for central and defensive midfielders in the league.

The best runner in that class so far this season is the 34-year-old Clermont Foot 63 player Johan Gastien who averages 12.2 kilometres per game while 22-year-old Ghanaian player Salis Abdul Samed turns out for RC Lens has the same average as Munetsi but has covered 95,8 km.

Gastien has covered a total of 97.8 kilometres in the eight matches played thus far.

Interestingly nine of the 10 midfielders who have covered the most distance in Ligue 1 after eight matches are defensive midfielders.

In spite of Munetsi hardwork in the center of the park, Reims have struggled in the league so far as they sit in 17th place with six points from eight matches and just two points above bottom side Ajaccio.

Reims have just one win so far in the league, a 4 – 2 victory away at Angers in their fifth game of the season and Munetsi opened the scoring with a 23rd minute strike.

Munetsi has been impressive since he moved to the French league three years ago and was tipped for a move to high riding English Premier League side Brighton and Hove Albion.

Brighton reportedly approached Reims over the £7m-rated lanky versatile player with coach Graham Potter (now at Chelsea) keen to replace Yves Bissouma who had been snapped up by title chasing Tottenham in the summer window.

However, Reims president Jean-Pierre Caillot said the player was ‘untransferable’ since he had just extended his contract with the club and the new contract will run until 2026.

The 26-year-old renewed his contract with the club back in April.

The event took place on September 21 in Harare.

The couple will soon be tying the knot at a date and place yet to be advised.

The players who run the most: