The Soccer Whiz : The greatest World Cup ever 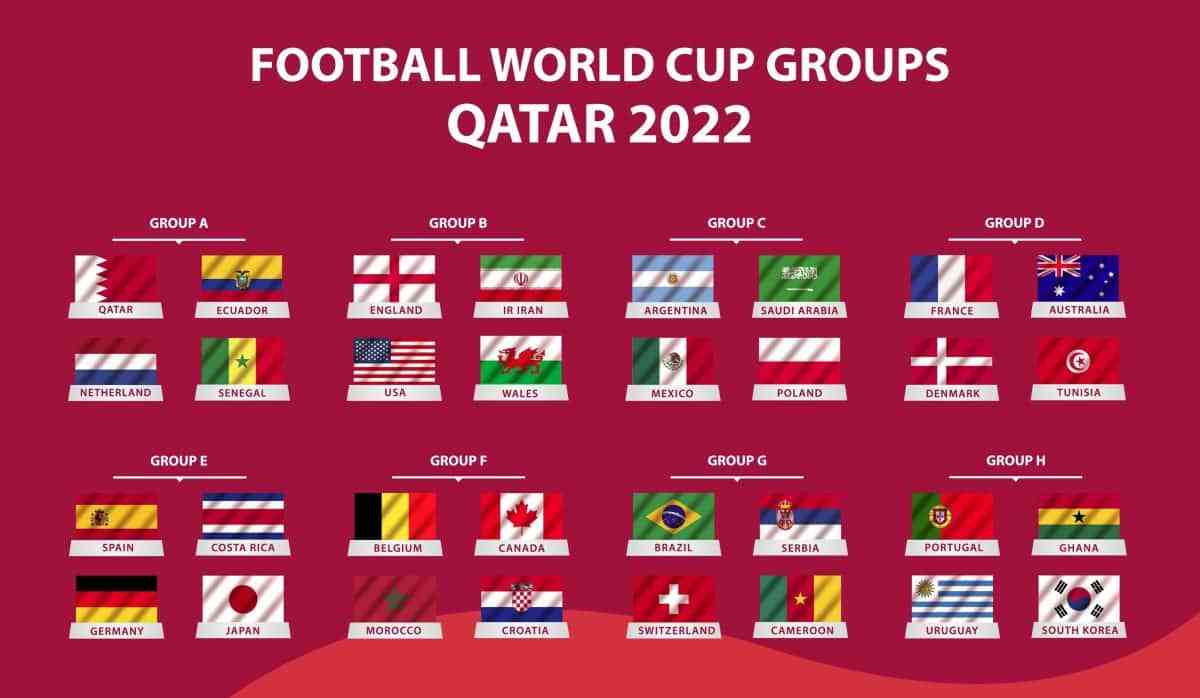 On Sunday November 20, the most anticipated soccer World Cup in history finally kicks off in Qatar.

I want to share my reasons as to why this World Cup in a tiny middle eastern nation with no soccer history or culture will despite all the controversy, also be the greatest World Cup ever.

From the outset let me be clear that I’m grateful to Piers Morgan who recently commented and expertly summed up why the world needs to take stock of its own credibility and hypocrisy before directing all its anger and venom at Qatar.

He added that it’s now time to purely focus on and enjoy the football.

I will, therefore, avoid the political and moral angle that he’s tackled so succinctly but will instead look at Qatar 2022 solely from a football and spectator viewpoint.

Qatar is a rich nation with only 2.8 million inhabitants.

Much of the total spend on this World Cup which is in excess of 220 billion dollars formed part of the Qatar National Vision of 2030.

This was an ambitious strategy to modernize the country and included the creation of a world class airline and airports, effective road networks, a state of the art metro, dazzling dizzying hotels, theme parks and other mega advanced tourist infrastructure.

What the awarding of the World Cup to Qatar did was to drastically accelerate this vision and bring Qatar Vision 2030 to the present.

In essence, it gave the country a strict timeline to develop their country and thereafter utilize the World Cup to showcase their achievements.

By all accounts they have succeeded and one cannot help but be impressed.

As a soccer mad spectator arriving in Qatar, one is going to be a part of the most undeniably glitzy and glamorous, though costly sporting spectacles ever and one which is unlikely to ever be emulated.

For starters, an estimated 6.5 billion dollars was spent on stadiums alone.

When one considers that our very own Southern African World Cup with all the expected extras and officials perks thrown in cost a mere USD3.6 billion in total, it puts things into perspective.

Russia’s total spend for 2018 was considered high at 14 billion dollars which contrasts again with the 36 billion spent by Qatar just on its metro.

As a spectator in Qatar, you will experience unbridled luxury and an unsurpassable spectator experience.

The stadiums built will be befitting of the greatest tournament in world football and leave you in awe at their architectural sophistication and comfort.

The players will revel on first class pitches created with utmost care and attention by the best ground staff technicians in the world, while no stone has been left unturned to ensure that the players have world class training facilities to optimize their performance and post-match recovery.

Qatar is a small country with much centred around Doha and travelling to and from the stadiums either by Metro(free for visitors during the World Cup) or an alternative mode, will be a cinch with the realistic possibility of a fan actually being able to incredibly watch two matches on the same day!

Therefore, because the distances are minimal, players will not have the usual travel and airport delays that bug every World Cup, resulting in better rested and recuperated players.

By contrast, the next tournament in the USA, Canada and Mexico will have teams and spectators spending unnecessary time in the air flying between cities.

The staging of the World Cup in Qatar’s mild winter will also ensure perfect conditions for players and fans alike while Qatar’s time zone will guarantee ideal viewing times for most of us!

As for the Socceroos, only your most loyal fans will be getting up at three to watch you probably get pummelled by France!

I have noticed though that the authorities have been kind on you and set up the Tunisia game at a favourable viewing time! Lol! Enjoy!

The Qatar World Cup will also benefit from the advances in technology that referees will be able to count on, not availed to them at previous World Cups.

Going back in time, England might not have won the World Cup in 1966 and England’s Geoff Hurst might not have been knighted if goal line technology was in place then, while VAR would have defied God too as it would have disallowed Diego’s hand of God goal in 1986.

Between us though, Argentina with Diego Maradona blessedly supreme, would still have triumphed!

VAR has come under loads of scrutiny and attack recently but I still believe that it’s positives far outweigh the negatives and it will play a bigger role at this World Cup than ever before.

This World Cup has unfortunately also come under much scrutiny and attack over the decision to play the tournament in Qatar’s winter, slap bang in the middle of the European season.

It’s caused disruption to all the leagues and it’s critics are still making a song and dance about it.

They ought not to, as the decision was made an eternity ago and the powers that be have had ample time to restructure their calendars.

Further, and to set the record straight, Covid wasn’t invented in Qatar so you can’t blame them for the hectic catch up schedule that Covid unfortunately and invariably did cause.

The Qataris weren’t also behind the formation of the Nations League which further increased an already congested calendar.

Now knowing that  the World Cup is set for November 20,what do the authorities in the Europe’s major leagues do?

They have matches scheduled a week before the tournament begins.

Furthermore, in the case of the EPL, they reconvene a week after Qatar 2022 ends, on December 26.I’m flabbergasted and cannot for the life of me understand why they could not halt matches earlier and reconvene later.

I say this because no sooner have the leagues resumed on Boxing Day, then we will have Klopp, Pep et al whining about their tired players, their injured players and their impossibly congested calendars.

I will go one step further and make the assertion that there are massive positives from a players point of view in staging the World Cup in the middle of the season.

The players for the very first time in history will arrive in peak fitness, with enough juice in the tank and in most cases in top form.

They will not arrive at the World Cup as they would usually at the end of a long season, jaded,worn out, lethargic and crying out for a holiday. I ask myself when was the last time that we saw the best players of the world actually perform like the best players in the world during a World Cup.

My recent memories of a World Cup are where the superstars of the world game appear subdued, tired, disinterested and exit the competition prematurely.

Paul Pogba was arguably France’s best player at the last World Cup. It’s no surprise I guess because he is a player we have since realized is either in chill mode throughout the normal season or injured.

Either way it explains his vibrancy at the World Cup as he was one of few who’d been well rested throughout the year.

Kylian Mbappe had an astonishing World Cup too in 2018 but he’d just broken in to the PSG side and still had bags of youthful energy.

If we cast our minds back to 2014,I witnessed a fatigued Lionel Messi almost get an Argentina side over the line.

I assure you that if the final against Germany had been played in the middle of the season and not at the end of it,

Argentina would have won hands down. It was after all at the same World Cup that a rested James Rodriguez secured his dream move to Real Madrid with stirring inspiring performances for Columbia.

A season later I guess we all saw the real James who failed before eventually being baled out to lowly Everton.

My message folks is simple. Let’s take a leaf out of this World Cup and use this as a precedent so that in the future, players arrive at the world’s premier competition in pristine condition.

I believe that by doing so, the players will serve up a feast that demonstrates their true worth and what we as football fans ultimately deserve.

Us fans ultimately also deserve to observe the final treasured international stage moments of the two icons of our modern game, Lionel Messi and Cristiano Ronaldo.

They have lit up and graced our game with aplomb, with outrageous skill and ability and tremendous dedication to their profession and Qatar 2022 provides us the opportunity to pay a lasting tribute.

Who wouldn’t want to be present as these fabulous two take their international bow?

There are so many positives to take out from this, the very first World Cup to be played in the Middle East.

It’s here now, it’s on our door steps. Let’s embrace it,let’s revel in it ,let’s marvel in it and let’s just be mesmerized by the football. Gianni Infantino the FIfa President was spot on when he said ‘Together we will deliver the best WC ever, on and off the field.

’I for one believe him and can’t wait!

Till the next time folks….