Ghetto dances: It’s not everyone who goes to Mzansi who earns an honest living 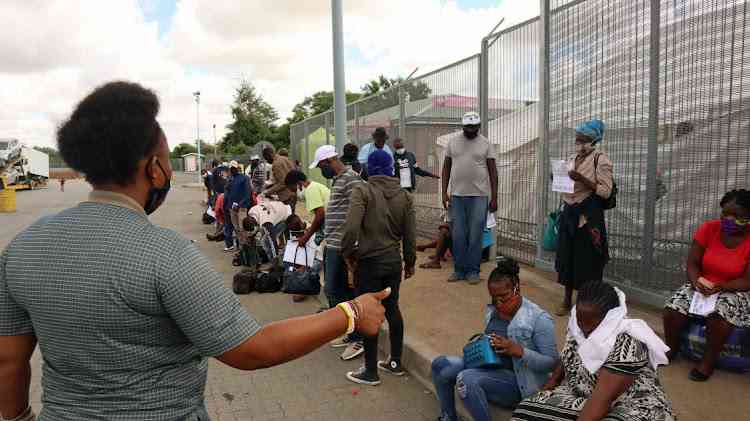 James had said I could stay for as long as I wanted. I had no problem with that. The problem was that he had two other guys living with him. The last time James had come for the festive season, he had invited me to join him in Hillbrow, South Africa.

“There are many great job opportunities,” he had said.

I had literally taken his word at face value. This was the real deal. The southern most tip of Africa had always thrilled me. And for someone prepared to work, the opportunities were limitless. You could live your dream.

James had emboldened  my resolve and had left me his South African contact number. Once I arrived at Park Station, I would have to call him immediately.

I remember arriving at Park Station the week before.

“You are not to talk to anyone once you arrive at the station,”  he had said.

And sure enough when I arrived at Park Station that afternoon, I tried my best not even to look anyone in the eye. I just wanted to mind my own business,  but that did not stop two guys from accosting me.

I suddenly found myself wedged between two hostile guys, one at the back and one at the front. The  guy at the front had a deep scar that had a shape of a banana on his left cheek. All the while he was holding an ugly and dirty okapi knife pointed at my stomach.

“Hand over your phone and all the money you have or else I will slit your belly wide open,” he  said quietly.

His voice was barely audible, but full of menace. I was sure he could do it. It was not just an empty threat. He must have done it on many occasions before on unsuspecting victims.

It was like a normal business transaction as I handed over the phone and the one hundred rand note. That was all the money I had.

The funny thing was I was robbed in front of people. No one stopped by to come to my aid. A SAPS  police officer hurriedly passed by.

That was the guy with the banana-like  scar on his face. And I suppose he thought I should be grateful enough as they casually walked away with my phone and money.

The only thing that saved me was that I still had the piece of paper on which I had written James' contact details.  If not for that I was going to be one of the many  homeless people living at Park Station.

“You are very luck they did not harm you,” said James as he picked me up.

“There is an army of thieves at Park Station.

“There are several criminal gangs operating at the station and don’t think you will ever hear of anyone getting arrested.”

The walls were full of structural cracks.  It seems spiders had a fertile breeding ground.

This was evidenced by the intricate cobwebs making a web of patterns on the dirty ceiling which had once been white. We all slept on the floor as there was not even a single bed.

In one corner was a one-plate electrical stove. A small  stockpile of food lay just behind the stove.  And as for the dishes, they were mostly dirty and lying everywhere on the floor.

Some pair of dirty socks had found their way into a dirty black pot.  It was a mess. Someone had put a wire line that ran from corner to corner. It was on this line that these friends hung their clothes. Most of the clothes on the line were dirty.

In comparison,  I was living a much dignified existence back home in Zimbabwe.

James and his friends would leave around 7am and return home around 6pm.

This was their daily routine.  I later learned that one was called Davey and the other was called Mike.  I was not even sure if these were their real names.

I began to notice little things after a few days. It seems Davey and Mike were uncomfortable with my presence.

Whenever they wanted to share something important, they conversed in low tones. All the while, they would cast furtive glances at me.

I also hoped that James would one day show me around the city , especially the  central business district.

This was not to be. I had to find work as soon as possible and move out.  I was not sure of the kind of work  James and his friends did, but I was quite convinced I was not interested. Something was not really adding up.

Their rent was paid daily it seems. Someone always knocked at the door at exactly 6am. The rent collector moved from room to room and if you did not have rent you were immediately chucked out.

There was no room for playing hide and seek with the rent collector. It's either you paid or you moved out. It was like living life forever on the edge.

The next morning, James simply said, “Lets go to work.” He said it matter of fact.  The prospect of working excited me. I could not disguise my excitement.

“This is great news, thank you for finding work for me,” I said, gushing.

His two friends were looking at me. They did not hide their contempt for me.

We took a taxi to Kempton Park. It was here that  I came face to face with the kind of work James and his friends were involved in.

“I want you to watch carefully  because tomorrow you should be doing this,” said James. Davey and Mike approached a SUV vehicle in the parking lot. Alarm bells began to chime in my mind, going ping pong! Ping pong!

I don’t know how they did it, but the next moment, they had unfastened the spare wheel from the back of the car. They took the spare wheel  and threw it in a ditch.  And within a few minutes, someone, a total stranger came by. He paid money for the stolen tyre, collected it and then put it on an open truck that seemed to appear from nowhere.

I was in a great fix. I had to get away. This was not the James I had grown up with.

I watched in dismay as about six more tyres vanished in this manner. I also noticed that it was not just any tyre, but that they targeted  a certain size.  It suddenly hit me that it was not everyone who went to Mzansi who was earning an honest living.

I had to get away before I got on the wrong side of the law. I had to catch the early bus back to my country on the morrow.