Chatora returns with Harare Voices and Beyond 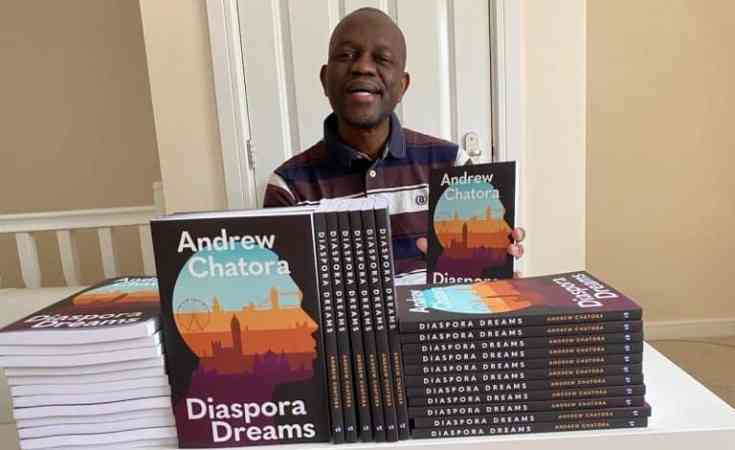 UNITED Kingdom-based Zimbabwean author of Diaspora Dreams and Where the Heart is, Andrew Chatora is set to release his third novel titled Harare Voices and Beyond on February 1 next year.

According to a review by Memory Chirere on his blog KwaChirere, the story is based on the troubled lives of a white commercial farming family who lost both their father and farm in Mazowe to the land reform programme which was implemented in 1980 soon after independence.

After the family relocates, poverty set in and the family begin to drift away physically and mentally and the two white boys gradually become native and their mother Doris becomes a sitting duck and in a wave of a loud misunderstanding, the mother and one of the boys allegedly kill the younger of the boys by accident and secretly bury his body until it is eventually discovered.

According to Chirere, this is the first fully fledged novel by a black Zimbabwean writer to look at the setbacks suffered by white folk during the Zimbabwe land reform programme.

Asked why he chose to focus on a white family, Chatora said as a writer, one does not take sides.

“If anything, a writer is the conscience of the nation and so you write without fear or favor. In the case of Harare Voices and Beyond’s narrative, it’s not so much about taking the side of the whites, but I believe the contentious land reform in Zimbabwe had to be interrogated from the white community’s perspective and what Harare Voices and Beyond does is to seek to plug this lacuna by writing a story which charts them,” said the author.

“The land reform unfolded at a time when I was still living in Zimbabwe and so I would say, I had first-hand experience of it, which encounter informs the skepticism and the biting tone inherent in my book. Just like the Britons have done a monumental Brexit subterfuge this side, I believe land reform in Zimbabwe is a divisive issue, so much multi-faceted, its irreconcilable contradictions and paradoxes had to be confronted head on, which is what my book does very well,” he said.

Harare Voices and Beyond dabbles into myriad thematic strands and one of  them is the prevalence of crystal meth/guka/mutoriro rife in Harare's streets and how the hegemonic class are at the epicenter of monetizing this at the altar of destroying nascent lives, dreams and aspirations.

Additionally, there are other pertinent themes in the book to do with citizenship, identity and sense of belonging.

The book also tackles on what it means to be Zimbabwean, who qualifies to be a Zimbabwean and if  it is definable by one’s skin pigmentation or place of birth.

Andrew Chatora is a Zimbabwean novelist, essayist and short-story writer based in Bicester, England. He grew up in Mutare, Zimbabwe, and moved to England in 2002.

His debut novel, Diaspora Dreams (2021), was approvingly received and nominated for the National Arts Merit Awards (2022). His second book, Where the Heart Is, was published in the same year.