It does not hurt to be strict with children 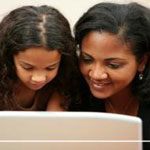 Grace Mutandwa is correct; parents do need to be strict with their children (The Standard September 30 to October 6 2012).

Grace Mutandwa is correct; parents do need to be strict with their children (The Standard September 30 to October 6 2012).

Children can be evil and have become mean to the extent of cyber-bullying (using social media to bully their peers).

While parents think they are buying cellphones to stay in touch with their children, the children are using platforms on the phones such as WhatsApp to ridicule their “perceived”competition.

On these platforms, the “mean ones” then post messages that such and such is gay, not a virgin or is a slut, messages that demean the intended victim.

Some children have Facebook accounts and are using these accounts to bully the ones who are not on those platforms, or not so “popular”. While the world is becoming a global village, it is important for parents to monitor their children’s accounts and platforms that they visit.

Children have been molested, raped, kidnapped and even killed by some so-called “friends” they would have made on these social networks.

In some incidents, teenagers have committed suicide after having been cyber-bullied and demeaned online.

As parents, let us ask ourselves if children in primary school really need cellphones, and especially, during the school term? Do children need to have access to DStv or Wiztech channels in their bedrooms?

Let us be parents to our children. It does not hurt to be strict with them.

Budget insensitive to the informal economy

Viset is outraged that the extortionate 2% tax is being maintained, along with a trebling of the withholding tax of 10% of the value of commercial goods imported by cross-border traders to 30%, with effect from August 1, 2022.

As a matter of fact we are a registered trade union that represents workers at Kunyu Mine and will concentrate on the issues that have been raised by the workers there.

The government of Zimbabwe has guaranteed the implementation of the joint venture waste-to-energy project between the City of Harare and Geogenix BV worth about US$344 million over 30 years.

According to information the Zimbabwe Peace Project (ZPP) gathered, the Zanu PF district chairperson Emmerson Raradza, Muzarabani South legislator Tapera Saizi and Zhemu, with the assistance of Kazembe organised a group of party youths and mobilised resources to converge and attack Biti, who is also Harare East legislator.

By The Standard Jul. 31, 2022
Budget insensitive to the informal economy

By The Standard Jul. 24, 2022
Stop harassing media for reporting truth

By The Standard Jul. 10, 2022
Zanu PF shutting down political space