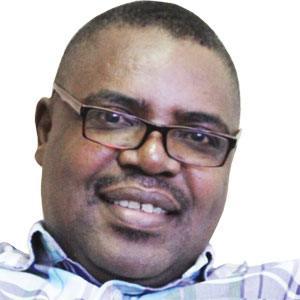 The United Nations World Tourism Organisation (UNWTO) conference will be held in August this year and it isn’t within anyone in Zimbabwe’s power to change that date.

The United Nations World Tourism Organisation (UNWTO) conference will be held in August this year and it isn’t within anyone in Zimbabwe’s power to change that date. From the Editor’s Desk with Nevanji Madanhire

Zimbabwe is co-hosting the funfair with its northern neighbour Zambia, which further complicates the matter.

The conference has now become a peg on the Zimbabwean calendar around which other events are tethered. The nation is unanimous that the hosting of this event should not be scuppered in anyway. The dates of our harmonised elections therefore have to be determined by this event more than any other.

One school of thought argues that the elections should be held before the UNWTO conference while another argues for after the event. Those in the first school say the conference can be used to restrain the behaviour of political parties in the period leading to and after the elections.

This argument is understandable.

Electoral violence and manipulation have become the bane of Zimbabwean politics. Every election, without fail since independence, has been characterised by violence; what has only varied is the degree. In spite of the government of national unity, which has brought a semblance of peace and sanity to the political landscape, the polarisation is still deep and is simmering under the surface ready to erupt at the slightest trigger.

Could the world attention that will be brought about by the international conference help curtail electoral violence? Many think so; after all the raison d’état of the conference is to show that Zimbabwe has shed its dirty past and is ready to join the community of nations as a stable democracy!

Many countries, especially in the west, are ready to withdraw their participation in the conference if they deem the conditions not conducive enough. Already Germany is threatening to pull out and even campaign against Zimbabwe’s hosting if bilateral trade pacts between it and Zimbabwe are not respected.

This chorus could gain ground if other democracies indicate they would baulk at undemocratic electoral process and shun the conference.

Considering this, June would be the ideal month to hold the harmonised elections. March, which President Mugabe seems to be pushing for, is a wee too early because those with a propensity for violence can still engage in it and clean up their act in time for the conference. To do this when the elections are held in June would be practically impossible.

The school that argues for elections after the conference is the one that wishes to avoid the glare of world attention during and after elections; it is the same group that has a tendency towards electoral manipulation and violence.

This group does not appreciate what the hosting of UNWTO conference sets to achieve. They are not aware the conference is not just an event but part of a process to rebrand the country. Engaging in any electoral violence after the conference will still have the effect of reinforcing the country’s pariah status which we are trying to change.

Turkey, which hosted the conference last year, receives about 30 million visitors annually; if Zimbabwe could receive even a tenth of that, it surely would have arrived, so to speak. Zimbabwe has the capacity to handle that kind of figure and, I think, that’s the message that Tourism and Hospitality minister Walter Mzembi and all the others engaged in the hosting of this conference are trying to send out to the world.

For Turkey, tourism contributes US$25 billion to its national earnings; again even a tenth of that would be good for Zimbabwe. These figures only help to illustrate how tourism could easily be the most important cog in the machine of Zimbabwe’s turnaround strategy.

When countries bid to host big international events such as the Football World Cup and the Olympics, they wish to show off their progress and their status in the world. The World Cup put South Africa firmly on the map in 2010; there is no doubt now that the country is up there among the community of nations hence it was invited to join Brics [major emerging markets comprising Brazil, Russia, India, China and now South Africa] at the end of that year and eventually doing so the following year.

Many African countries have over the years also sought to showcase their progress by hosting tournaments such as the African Cup of Nations which South Africa has been honoured to do again this year.

Angola’s hosting it in 2010 was meant to show off the country’s post-war progress and the way it was using its vast oil and diamond revenue to develop itself. Indeed Angola is now one of the biggest economies in Africa.

The UNWTO conference therefore offers Zimbabwe an opportunity to showcase the best of itself and, hopefully, this should include its stability and political maturity. The country should therefore clean up its political act first before hosting the conference and this can only be done if elections are held before the conference and held in an atmosphere that is consistent with international standards of democracy.

It was the political instability of the turn of the millennium that hit hard our tourist receipts; to host a major tourism conference before stability is permanently restored is the height of foolishness.

First things must come first: harmonised elections in a free and fair atmosphere and a smooth transfer of power, if that’s the wish of the electorate. Then we would have proved ourselves worthy of being the most preferred tourism destination in southern Africa, a status which I believe belongs to us, but which, at the moment, we don’t deserve.

Besides the imperative cleaning up of the politics before the conference, the country should also spruce itself up in terms of cleanliness and its general outlook. Zimbabwe happens to be about the most littered country anywhere.

Organisers of the UNWTO conference seem to think the conference should only be a Victoria Falls affair; it is not! The country should come through as a total package; we haven’t seen any efforts towards this with all events seemingly focused on the resort town.

If the Turkey experience is anything to go by, we will most likely receive about 1 000 guests, (Turkey got 1 200); these should be encouraged to travel around the country. This therefore means all cities and tourist resorts should be visible at the conference, but we are not hearing any noise from them!

But civil society should begin making noise about having elections before the conference, if only to rein in political waywardness.