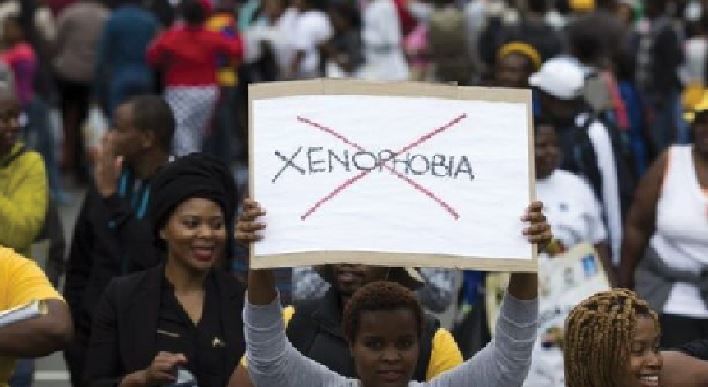 CIASA urges the people of South Africa to remember the people-to-people solidarity and support which was extended to them by fellow Africans for their country to end apartheid. While the majority of ordinary South Africans are still suffering the dual yoke of poverty and inequality, targeting foreigners for these frustrations is un-African and would not resolve these deep and complex problems.

In recent months, there has been a build up of regular xenophobic attacks by groups of vigilantes organised under Operation Dudula which have been targeting foreign citizens in South Africa’s poor communities. What is worrying about this wave of violence is that it is being flamed up by xenophobic incitement from populist politicians seeking cheap political mileage. In addition, the actions of these politicians undermines the spirit of Ubuntu and Pan-Africanism which recognizes the humanity of all African citizens.

CIASA urges the people of South Africa to remember the people-to-people solidarity and support which was extended to them by fellow Africans for their country to end apartheid. While the majority of ordinary South Africans are still suffering the dual yoke of poverty and inequality, targeting foreigners for these frustrations is un-African and would not resolve these deep and complex problems.

The organisation reiterates that the majority of poor migrants in South Africa are victims of severe economic and political pressures in their countries of origins such as DRC, Malawi, Mozambique and Zimbabwe. While they are some involved in criminal activities, the majority of these migrants undertake innocent work which serves the South African economy. In addition, the organisation appreciates the need for immigrants to enter South Africa lawfully. However, any action to address the current anomalies, of lacking documentation, must be done in full compliance with international law and due consideration of the push and pull factors prevailing in the Sadc region and broader African context.

CIASA urges South African authorities to rein in politicians and vigilantes which are spreading xenophobic hate and perpetrating violence against poor foreigners. The country is bound by both the United Nations Charter and the African Charter on Human and People’s Rights, all of which speak to sanctity of human life and the country has obligation to protect this fundamental right. We further urge the South African government, to investigate, arrest and prosecute perpetrators of xenophobic attacks in the country. The current failure to effectively deal with this scourge using the judiciary system has resulted in impunity which is further fuelling the problem.

We also urge South Africa’s civil society organisations, trade unions and progressive political parties to engage the responsible authorities and pressure them to act on xenophobia. In addition, they must also engage hotspot communities to build a culture of peace and tolerance to stem out the fires of xenophobia which are spreading across South Africa. #NoToXenophobia

Presidents Ramaphosa, Mnangagwa must stop the killing of Zimbabweans in SA

The killing of helpless Zimbabweans on the streets of South Africa must stop. Images of Zimbabweans being set alight and being killed in broad daylight are becoming so common. There is a perception that these are state-sanctioned killings. We now have a terrorist organisation called Dudula that is publicly declaring war on Zimbabweans. Surely, something is wrong. Imagine a Zimbabwean organisation declaring war on South Africans on national TV. What will be the reaction of the South African government? Why is the Zimbabwean government quiet? Why are they not doing anything about these atrocities? For how long is our government going to allow them to be killed like wild animals? Why is the South African government not condemning the action of Dudula? No African should be killed because of his or her nationality.

We have South Africans and South African businesses operating in Zimbabwe and if the South African government does not stop these mindless atrocities, they may risk these. Watching our fathers and brothers being set alight and killed on the streets of South Africa will definitely lead to Zimbabwe’s retaliation, which will have very serious consequences for both countries. If this trend continues ,Zimbabwe will call for some kind of sanctions by the locals.

As a citizen of Zimbabwe I am saying no one  should lose their life because they are Zimbabwean, the killings and harassment should stop immediately.

The Ministry of Health and Child Care (MoHCC) joins the rest of the world to mark World Health Day 2022. This year’s theme “Our planet: Our health” advocates for global attention on urgent actions needed to keep humans and the planet healthy and foster a movement to create societies focused on well-being.

Climate change is the single biggest health threat facing humanity contributing to environmental risks that are killing around 13 million people every year. Zimbabwe has not been spared from the devastating impacts of climate change with heavy rainfalls, characterized by floods and cyclones as well as droughts.

“Climate Change has the potential to stall the country’s development, pose a serious risk to food security, health, and adaptive capacity.  Our Government has shown its commitment to address climate change through our National Climate Change Response Strategy (NCCRS) which seeks to establish specific provisions for dealing with climate changes issues, understanding the extent of the threat, and putting in place specific actions to manage potential impacts. In addition, our commitment to develop a climate-resilient Zimbabwe has also been demonstrated by the elevation of the Climate Change Office into a fully-fledged Climate Change Department,” noted  Health and Child Care deputy minister John Mangwiro.

According to the meteorological services of Zimbabwe, since 1987 the country has experienced its six warmest years on record, with daily minimum and maximum temperatures having risen by approximately 2°C over the past century. This has seen the country experience extremes of weather over the past two decades. We have had to deal with 10 droughts, decreased freshwater and destroyed biodiversity.

“Children and young people are the most vulnerable to the effects of climate change which are becoming more widespread. As extreme weather events such as cyclones, droughts and heat waves increase in frequency and ferocity, we are seeing the impact on access to water, food and implication for the nutrition of children. While Unicef acknowledges the Climate Change Response Strategy of the government, I call on relevant authorities to put in place risk-informed policies and programmes that place the issues of children and the climate at the centre of national strategies,” said Unicef representative, Tajudeen Oyewale.

Due to climate change, Zimbabwe experienced the cyclone Idai in 2019 which affected more than 270 000 people, killing over 341 people, and destroying infrastructure, including clinics. The country also suffered the tropical cyclones Anna amongst other climate shocks, signaling an urgent need for all stakeholders to respond to the climate change challenges.

In Zimbabwe, if not mitigated, climate change will cause average temperatures to rise by about 3°C before the end of this century. Annual rainfall could decline by between 5% and 18%, especially in the south. Rainfall will become more variable. There will be an increase in droughts, floods and storms. This will affect Zimbabwe’s food, security, health, energy supply and the economy.

Through the World Bank (WB) funded Zimbabwe Idai Recovery Project (ZIRP) and African Development Bank (AfDB) funded Post Cyclone Idai Recovery Project (PCIREP) interventions; UNOPS is making strides in the recovery and resilience building  of the cyclone-affected communities against future shocks. The project management oversight provided by the PIU ensures effective management in the delivery of projects components by the eight UN agencies in contributing to improving livelihoods and strengthening resilience of communities we work with under ZIRP. As another year passes since Cyclone Idai; significant progress has been made in delivering immediate response and the focus now is on delivering the medium term recovery interventions.

The month of March celebrates women. In recognition of International Women’s Day, UNOPS launched its Gender, Diversity and Inclusion Strategy 2022-2025. This is a commitment to greater inclusion and meaningful participation and removing any barriers that prevent people and societies from achieving their full potential. The strategy also recognises and acknowledges the benefits of diversity. Locally we have seen the benefits of “breaking the bias” as we have mainstreamed gender parity in all our activities. UNOPS has placed women in nontraditional roles in construction and empowered them to thrive by catering for their menstrual health hygiene and childcare needs.

We remain committed to our vision of a world where people can live full lives, supported by appropriate, sustainable and resilient infrastructure and by efficient and transparent use of public resources in procurement and project management.

Budget insensitive to the informal economy

Viset is outraged that the extortionate 2% tax is being maintained, along with a trebling of the withholding tax of 10% of the value of commercial goods imported by cross-border traders to 30%, with effect from August 1, 2022.

As a matter of fact we are a registered trade union that represents workers at Kunyu Mine and will concentrate on the issues that have been raised by the workers there.

The government of Zimbabwe has guaranteed the implementation of the joint venture waste-to-energy project between the City of Harare and Geogenix BV worth about US$344 million over 30 years.

According to information the Zimbabwe Peace Project (ZPP) gathered, the Zanu PF district chairperson Emmerson Raradza, Muzarabani South legislator Tapera Saizi and Zhemu, with the assistance of Kazembe organised a group of party youths and mobilised resources to converge and attack Biti, who is also Harare East legislator.

By The Standard Jul. 31, 2022
Budget insensitive to the informal economy

By The Standard Jul. 24, 2022
Stop harassing media for reporting truth

By The Standard Jul. 10, 2022
Zanu PF shutting down political space