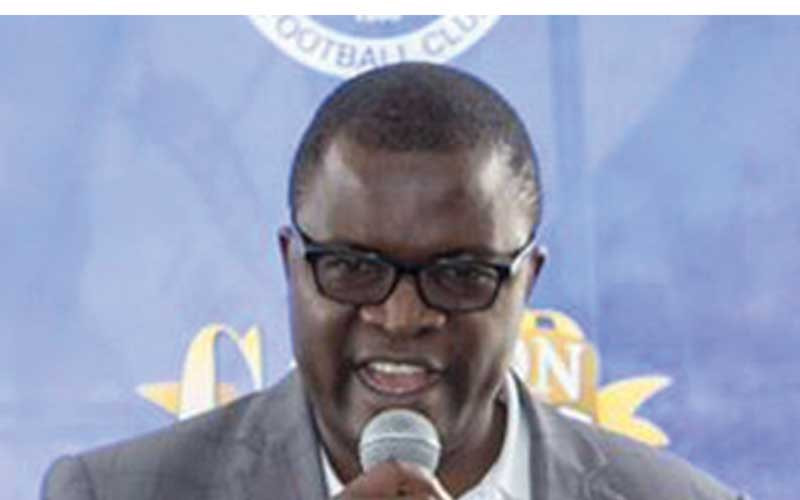 DYNAMOS chairman Isaiah Mupfurutsa believes while they have lost ground in the championship race, the war was still far from over.

The Glamour Boys’ title bid suffered a major reversal two weeks back after they were held to a 1-1 draw by army side Black Rhinos to drop two crucial points which left them trailing log leaders FC Platinum by eight points, with only seven matches left in the campaign.

FC Platinum overcame a stubborn Whawha 2-1 to take their points tally to 58 on the same weekend.

With FC Platinum seemingly running away with the league title, the Chibuku Super Cup appeared to offer them a more realistic route to some silverware to appease their success starved fans. As fate would have it, the Harare football giants were beaten to a semi -final place on penalties- abruptly ending their interests in the premier knock out football tournament, by their nemesis, FC Platinum.

As they process their capitulation, Mupfurutsa strongly believes with seven games left in the season, there are grounds for optimism.

The Dynamos boss said he was confident because leadership at the top of the table has changed hands several times this season and that things could still change by the time the marathon concludes. He said he was surprised that people had already crowned FC Platinum the champions.

He said they have had a slow start to the campaign and that FC Platinum at that stage led them by seven points before they recovered to overtake them and also led by seven points.

“It’s surprising that people have already crowned FC Platinum the champions of Zimbabwean football. I think the war is still far from over. There are still seven games to go and this is football things change,” Mupfurutsa said.

“If you look at the start, FC Platinum led by seven points and we recovered to lead also by seven points. Chicken Inn also led at some stage, now FC Platinum are leading again with eight points. There are seven games left and I don’t believe FC Platinum have won it already. We are still very much in the race, anything can happen. We are still focused on winning the championship, that objective remains.”

Dynamos faces a tricky fixture against Ngezi Platinum at the National Sports Stadium on Sunday, hoping to secure maximum points and build confidence going into the run-in.

With FC Platinum facing off Bulawayo City on Saturday at Mandava, Dynamos will be watching the events with keen interest.

But it is difficult though to imagine Norman Mapeza’s mentality monsters dropping points at this critical stage of the campaign.

The league’s pass masters have now gone for 14 matches without tasting defeat with their last loss coming way back in April against Herentals. Dynamos have also gone on a seven match unbeaten run in the league, having last tasted defeat against Cranborne Bullets in July.