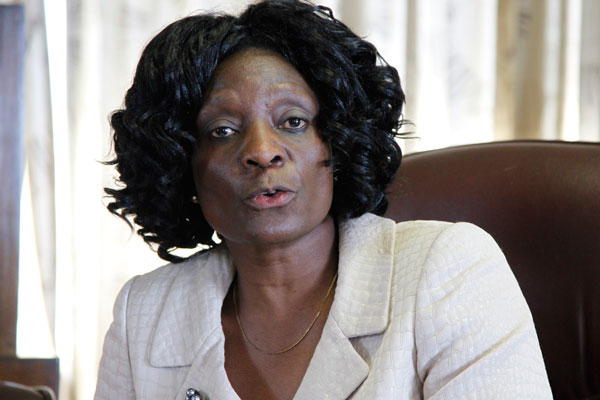 THE Zimbabwe Electoral Commission (ZEC)’s tender for biometric voter registration (BVR) kits is mired in fresh controversy after revelations that the Chinese company that was given the contract came second in the bidding process.

THE Zimbabwe Electoral Commission (ZEC)’s tender for biometric voter registration (BVR) kits is mired in fresh controversy after revelations that the Chinese company that was given the contract came second in the bidding process.

According to documents obtained by The Standard, Dermalog Identification Systems of Germany was ranked first in the tendering process with a score of 83,6%, but the State Procurement Board (SPB) gave the contract to the Laxton Group (82,85%), which came second.

The documents also revealed that Laxton’s local partner, Synlak Private Limited, did not meet deadlines for the tender and was not evaluated but was still considered for the high-profile job.

Synlak supplies prepaid water meters to local authorities in Zimbabwe. It is the apparent preferential treatment given to the company that has raised eyebrows.

“The bidder introduced a new local partner [Synlak Pvt Ltd] after bid closing date and time, [it] was not evaluated,” reads one of the documents obtained from Zec sources.

“This was contrary to the ITB [invitation to bid]. The local partner who was evaluated in Laxton’s bid was First Pack.”

A summary evaluation shows that Dermalog had 97,03% on SVTs as compared to 95,50%for Laxton.

Dermalog was ranked number one on the overall ratings, followed by Laxton.

A seven-member Zec team led by Utoile Silaigwana, met at Mahachi Quantum Building on April 26 to determine the performance of the two companies.

Zec chairperson Rita Makarau said questions relating to the awarding of the tender must be directed to the SPB.

“You are aware the tender was directed to SPB,” she said.

“They are the ones who handled the tender so I will not be able to answer your questions. Can you direct them to SPB.”

However, SPB chairperson Buzwani Donald Mothobi was not reachable on his mobile phone yesterday.

Charles Munemo, the First Pack managing director confirmed that his company worked with Laxton before they were told the Chinese had found new partners.

“When the UNDP [United Nations Development Programme] cancelled the tender and moved to government, that is when we stopped working with them,” he said.

“They said they had found another new partner.” Munemo said First Pack had not signed any contract with the Chinese company.

He said their work was mainly on the implementation side, after the supply of the kits by Laxton.

Both Dermalog and Laxton were invited for a five-day validation process in April where their kits were tested.

Field tests were conducted at Mabvuku High School on April 24 and at Murape Secondary School in Seke on April 25, the documents say.

During the site validation, observers were called in to monitor the process but under strict conditions where they were not allowed to “interfere”.

Last week, Zec announced that the first batch of 400 kits out of the 3 000 kits will be in the country after the electoral commission paid the Chinese company $3,5 million out of the $47,5 million required to purchase them.

In June this year, the integrity of next year’s elections was thrown under spotlight following reports that Zec was planning to rope in Israeli company, Nikuv International Project, through the back door to manage, store and compile voters’ data ahead of the 2018 general elections.