Why I owe my life to a ‘rapist’: Judith Todd 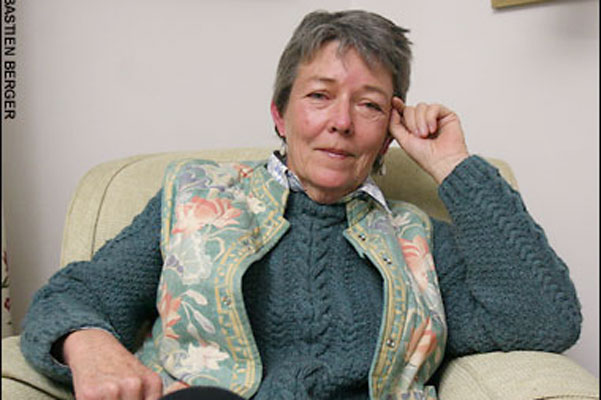 in her book, Through The Darkness, which chronicles the 1980s massacre of Zapu supporters in Matabeleland and Midlands by the fifth Brigade, Todd wrote about her alleged violation by the former diplomat.

Mutambara, who was a senior army general at the time, was allegedly ordered by then army commander, the late General Solomon Mujuru, to kill the rights activist for being too vocal about Gukurahundi.

Todd had just presented evidence of the killings in Midlands and Matabeleland to Mujuru, who then referred her to Mutambara.

The Zimbabwe People First interim leader denies the rape allegations up to today and last week told The Standard that his accuser should have reported the case to the police, if it was true.

Describing the incident in her book Todd wrote: “The [senior officer] led me into a bedroom, opened a bottle of beer for each of us, unstrapped his firearm in its holster, laid it on the bedside table next to my head and proceeded.

The issue was resuscitated recently when Mutambara joined the MDC Alliance — an opposition coalition led by MDC-T leader Morgan Tsvangirai, which seeks to challenge President Robert Mugabe in next year’s elections.

Critics argued that Tsvangirai should not be forging an alliance with a politician with a tainted record, but Todd last week said she had long forgiven Mutambara.

She believes he was also a victim of Mujuru, also known as Rex Nhongo.

“It is quite clear from my book, Through The Darkness that when he collected me from my office 34 years ago, Mutambara was acting under the orders of the then army commander, Rex Nhongo,” she said.

“He may have been as terrified as I was. For all I know, and surely what I feared, Nhongo may have ordered Mutambara to kill me and the fact that he didn’t would mean that I owe him my life.”

Todd added: “Mutambara did communicate with me before and after he read my book.

“I regard him as just another casualty of that so-called ‘moment of madness’ and believe we were both victims of the then frightening circumstances.

“I forgave him for his action against me a very long time ago and I wish him well in his endeavours.”

However, Mutambara insisted that he did not rape Todd who he regards as a friend. He said he never got any instructions from Mujuru to harm the respected human rights campaigner.

“It’s difficult, people don’t understand my character. I cannot be used by anyone, even by the commander or the president,” he said.

“When I left the army, even after very successful battles in Mozambique, it was because I didn’t want to take certain orders.”

Mutambara said his relationship with Mujuru was not all that rosy.

“I don’t even understand this issue. Judith is a learned person and she should have taken the matter to the courts. I read about it and it doesn’t make sense,” he said. “However, as far as I am concerned, there is no bad blood between the two of us.

“That book took me by surprise. I still regard her as a friend and I don’t believe she has anything against me as well.”

Mutambara said he was out of the country for almost 21 years but some people tried to arrange a meeting between him and Todd. He said he does not hold anything against Todd.