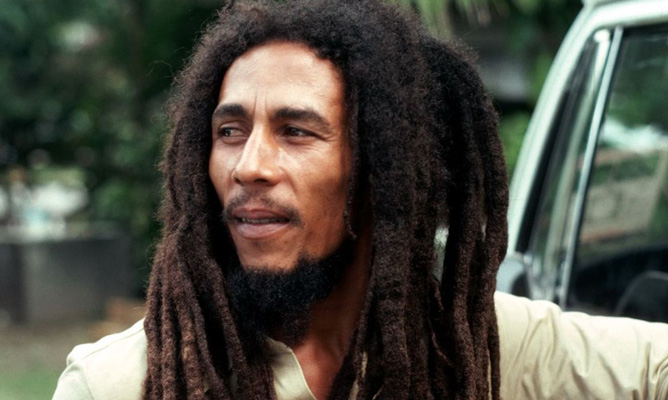 According to press reports coming out of America in the last four weeks, a 79- year-old retired officer of the CIA, Bill Oxley, has made a series of stunning confessions since he was admitted to the Mercy Hospital in Maine at the beginning of November 2017 and told he has weeks to live.

According to press reports coming out of America in the last four weeks, a 79- year-old retired officer of the CIA, Bill Oxley, has made a series of stunning confessions since he was admitted to the Mercy Hospital in Maine at the beginning of November 2017 and told he has weeks to live.

He claims he committed 17 assassinations for the American government between 1974 and 1985, including the assassination of the music icon, Bob Marley.

Oxley, who worked for the CIA for 29 years as an operative with top-level security clearances, claims he was often used as a hit-man by the organisation, to assassinate individuals who were thought to represent a threat to the goals of the agency.

Trained as a sniper and marksman, Oxley also has significant experience with more unconventional methods of inflicting harm upon others, like poisons, explosives, induced heart attacks and induced cancer.

There have been many theories surrounding the death of Bob Marley. The first one is the claim by Bunny Wailer that Bob Marley was murdered by his wife, Rita Marley and his manager, Chris Blackwell who connived to steal $30 million from his royalties as well as the rights to his music.

However, this theory has been dismissed by many as purely speculative.

The second theory is that, due to his growing political stature in Jamaica, Marley was murdered by the CIA. It is suggested that the CIA were behind the attempted assassination at Hope Road and, having failed to kill him, went about more surreptitious means to see him off. It is said that Carl Colby, the son of late CIA director William Colby, later gave Marley a pair of boots and, when Bob tried them on, a radioactive copper wire inside pricked his toe, causing the cancer.

It is claimed that the CIA artificially induced cancer into Bob Marley’s toe. Surviving a failed attempt on his life by a well-armed death squad at his 56 Hope Road home in Kingston, Jamaica, Bob was later given a “gift” of a new pair of boots by Carl Colby, son of the late CIA director, William Colby. When the unsuspecting Marley put them on, something pricked his foot. He then reached into one of the boots and pulled out a piece of copper wire. Coincidentally, that same toe later became the source of malignant cancer that spread throughout his body, killing him.

Many of his closest friends suspected that the wire contained some carcinogenic substance, since Marley contracted cancer shortly thereafter.

From there it is a tiny leap of the imagination to think that if powerful people wanted someone dead, and they wanted the death to be completely deniable, they could give the person cancer, very specifically, and then assure that treatments would fail to cure the person of cancer. Eventually the person would die, a slow death full of suffering.

There has since been widespread belief that the CIA arranged the hit on Hope Road. According to reports, Marley was viewed by the CIA as the most dangerous black man on earth because of the songs he wrote which were likely to incite the people. Neville Garrick, a Marley insider and former art director of the Jamaican Daily News, had a film of “suspicious characters” lurking near the house before the assassination attempt.

The day of the shooting, he had snapped some photos of Marley standing beside a Volkswagen in a pool of mango-tree shade. The strangers in the background made Marley nervous; he told Garrick that they appeared to be “scouting” the property. In the prints, however, their features were too blurred by the mango tree shadow to make out their real identities. After the concert, Garrick took the photographs and prints to Nassau.

Sadly, while the Wailers and crew prepared to board a flight to London, he discovered that the film had been stolen. However, on December 5 1976, a week after the assault on Hope Road, the Wailers appeared at the Smile Jamaica festival, despite their wounds, to perform one long, defiant anthem of rage directed at the CIA – War – suggesting the Wailers’ own attitude toward the “Vampires” as they called the CIA.

As the whole world knows, Bob Marley followed an “ital” diet of primarily fruits and vegetables, and he loved to play soccer. Good diet and exercise. In his own words: “Ital is vital”. So he was a healthy man in his prime. He was just very unlucky then, to get cancer in his toe?

Born on February 6 1945, he died on May 11 1981 at the age of 36, too young to even see Zimbabwe’s independence and the country to which he dedicated a song and performed at its independence celebrations, come to fruition.

To our mind, it is absolutely plausible and extremely likely that cancer can be artificially induced on a specific target. Is that not how cancer “always” develops? Something causes it. Either your genes; your diet; your failure to exercise or your failure to quit smoking. Certainly, we must realise that the causes, the mechanism of how various pollutants cause cancer. It has been studied scientifically and understood with some of the billions and billions of research monies devoted to cancer over the past hundred years. Good luck, doing everything right and avoiding the invisible cancer-causing particles coating everything you touch and breathe. Marley, apart from smoking, did everything to avoid cancer.

According to other sources, Bob himself felt that during his cancer treatment, a very “telling” conversation took place when his doctor, Joseph Issels told Bob a story about a German friend who had advised Issels not to treat him, saying that Marley was the most dangerous black man on the planet. Issels was an officer in the SS, a colleague of Joseph Mengele and had served a jail term for manslaughter. Mengele survived the war and enjoyed the protection and employment of the CIA. It is believed that Issels injected Marley with poison. Now the “confession” from Oxley who actually owns up to have assassinated Marley?

Frankly, we are not sure what part of that is not suspicious. We are not sure how Marley died either, but all we know is that he was a true revolutionary who taught the world many beautiful lessons through powerful songs such as Get Up, Stand Up For Your Rights, A Blackman Redemption, Crazy Baldheads, 400 Years of Slavery, Babylon System, Stiff Necked Fools, Talking Blues, Hypocrites, Real Situation, Jah Live , War, Natural Mystic and Redemption Song.

We remain with that beautiful memory.

Umkhathi celebrates 25 years in theatre
Umkhathi Theatre Works, known for its energetic and outstanding performances, was established in 1997 and currently stands at 15 members
Standard Style
By Sharon Sibindi
11h ago

Algeria, Zim strengthen ties through cuisine, fashion.
Mavhunga was speaking at the inaugural Algeria Traditional Wear and Culinary Exhibition Day, held at the Algerian Embassy in Harare, where she was guest of honour on Tuesday.
Standard Style
By Kennedy Nyavaya
22h ago

By Sharon Sibindi 11h ago
Umkhathi celebrates 25 years in theatre