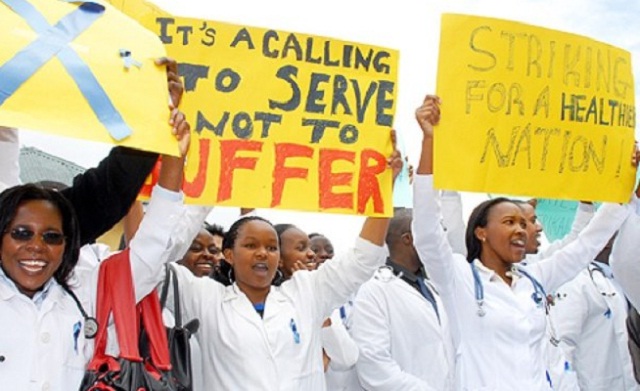 The government’s decision to fire 211 doctors last week reinforced the narrative that President Emmerson Mnangagwa’s administration does not have any solution to the unfolding crisis in the health sector.

The government’s decision to fire 211 doctors last week reinforced the narrative that President Emmerson Mnangagwa’s administration does not have any solution to the unfolding crisis in the health sector.

Junior doctors went on strike over two months ago demanding salaries pegged in United States dollars and an improvement in their working conditions. They were later joined by middle level and senior doctors, who have similar grievances.

The country’s major hospitals have been turning away patients because there are no doctors to treat them.

Although there are no available statics to gauge the extent of the crisis, many stories are being told of people dying prematurely because they could not access treatment on time due to the strike by doctors.

The majority of Zimbabweans have no access to health insurance, which means that they cannot afford treatment at privately owned hospitals and clinics.

Paulinus Sikhosana, the Health Services Board chairperson, last week announced that more doctors would lose their jobs in the coming days and this means that the crisis in hospitals is far from over.

The government is clearly not interested in an urgent solution.

Health and Child Care minister Obadiah Moyo, however, needs to go back in history to understand that the mass firing of disgruntled doctors will not in any way help solve the problem in public hospitals.

In 1996, the government fired thousands of striking nurses and doctors after it failed to persuade them to return to work.

However, the government had to eat humble pie and allowed the health workers to return to work because it had no resources to bring in expatriates as replacements.

At the time Zimbabwe’s economy was in a better place and the impact of that costly stand-off was not as pronounced as the situation is right now.

Last year, the government fired 16 000 striking nurses and vowed to replace them with newly trained and retired nurses.

It must be mentioned that the majority of the dismissed nurses are back at work because the decision to fire them in the first place was irrational.

History is certainly repeating itself in the case of the striking doctors, but the government needs to reflect and change course before it is too late.

There is no reason why the government cannot listen to the doctors grievances with an open mind and take concrete steps to find a solution in the interests of patients.

There is enough evidence that the hardline stance will not solve the crisis that has seen poor people dying needlessly at their homes or while queuing for treatment at public hospitals.