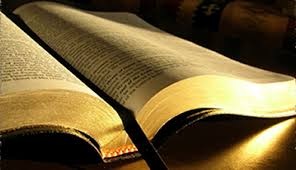 The Zimbabwe Heads of Christian Denominations (ZHOCD) have launched a programme aimed at promoting peace, reconciliation, non-violence and justice

The Zimbabwe Heads of Christian Denominations (ZHOCD) have launched a programme aimed at promoting peace, reconciliation, non-violence and justice in the country.

The programme is dubbed the Ecumenical Peace Observation Initiative in Zimbabwe (Epoiz) .

ZHOCD director, Tendaiwo Maregere told The Standard at Gokwe Centre last week that the nation had gone through difficult times which required churches to take an initiative to ensure that peace prevails.

“The goal of this initiative is to promote an enduring culture of peace in Zimbabwe and facilitate national healing, forgiveness and reconciliation.”

He said the programme would see officials touring seven provinces in the country to preach the gospel of peace and reconciliation.

“We have selected seven provinces at the moment, among them Masvingo, Hwange, Mashonaland West, Bulawayo and Midlands. The selection criteria was based on the conflicts experienced in the recent past with the need to conscientise such communities to a climate of tolerance and peaceful co-existence,” Maregere said.

“It is essential that the church initiates the process of healing, forgiveness, reconciliation and peace building in its endeavour to develop a culture of peace in Zimbabwe.”

ZHOCD research and advocacy officer Tendayi Bobo said the programme has so far received an overwhelming response from people and other stakeholders.

“We have been in Rusape, Hwange and Karoi preaching the gospel of peace and people in those areas embraced the project,” Bobo said.

“Our aim is to bring violence perpetrators and victims under one roof and educate them about the culture of peace in national processes.”

ZHOCD is a conglomeration of four umbrella church bodies comprising Evangelical Fellowship of Zimbabwe (EFZ), the Zimbabwe Catholic Bishops’ Conference (ZCBC), Zimbabwe Council of Churches (ZCC) and the Union for the Development of Apostolic and Zionist Churches in Zimbabwe (Udaciza) as associate members of ZHOCD that was launched last year.