The demise of landlines 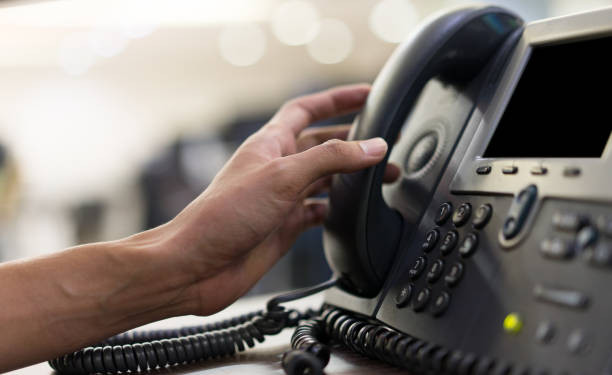 Having been in use for almost 120 years the standard landline telephone is finally dying a natural death. Landline telephones in their prime were the communication medium of the 20th-century office. With the advancement of technology, the Internet and the development of video and chat devices, the traditional phone system is not as dependable as it used to be. As work becomes more flexible and communication becomes more mobile and diverse, the office itself is transforming into a more complex environment.

Remember the telephone booth? Those telltale rectangular booths situated at every street corner for your calling convenience?  These booths are now in the graveyard of technology. When was the last time you memorised someone's home number? It has probably been a while, as more people are beginning to make the majority of their calls on their mobile devices.

The number of Zimbabwean households with a landline has fallen drastically in recent years, as more and more of us rely on our mobile phones for making and receiving calls.

The latest study by the Zimbabwe National Statistics Agency (Zimstat) revealed that at least 87% of Zimbabwean households in both urban and rural areas now own mobile phones. Presenting the 2022 Population and Housing Census preliminary report on housing characteristics and living conditions, Zimstat director general Taguma Mahonde said mobile cellular telephones, radio and television sets were the main communication technology gadgets owned by households in Zimbabwe. “About 87% of the households owned cellular telephones. Radio and television sets were evenly distributed, with 36,2% and 32,6% of the households, indicating ownership of the gadgets respectively.”

Recent research from Zimstats shows since the year 2000 more Zimbabweans have disconnected their landlines altogether and moved to mobile cellular phones. And of the 13% of homes that do still have a landline, a quarter do not even have a handset plugged in the socket.

Even Zimbabwe’s businesses are ditching their wires for more economical options, like WiFi and VoIP .

Most Zimbabwe’s companies are now purchasing wireless phones for their staff and have ripped off landlines, with 85% of the company's business being conducted wirelessly. It's not just major players or companies that are embracing the new technologies.

Zimbabwe’s economy is dominated by the informal sector which has abandoned landlines, except for a few who are keeping them for emergencies.

People who have made the switch cite several benefits. Wireless communication saves money on local and long-distance phone charges, frees people up from their desks and prevents having to lay new cables. Yet other people are not convinced that landlines have outstayed their welcome.

What to consider before ditching your Landline Phone Service:

While VoIP, cellular phones and other wireless communication methods save money, landline stalwarts do not believe a switch is warranted. They argue that the cost of replacing technology can easily eclipse the savings recouped by not installing cable. In addition, local- and long-distance phone charges may be cheaper, but that is not always the case. Making VoIP calls from overseas, for instance, can result in hefty charges.

Our technology is no longer making us secure. Security is another factor for people to consider before letting go of their landlines. It is much easier for hackers to gain access to conversations on a mobile phone device or through VoIP than it is on a traditional phone line. Some people on the front lines of communications technology think that security concerns could prevent many companies from turning entirely away from landlines.

Interference may also pose a problem, depending on the quality of the landline's replacement. While the quality of WiFi and VoIP has improved significantly since the two technologies first came out, they are not 100% reliable. Some people claim crystal clear reception and say they can not differentiate between wireless and landline calls, but unless you carry around a portable cell tower, you probably still encounter dead zones every now and then.

A final issue that may prevent the landline's demise is simply nostalgia. Employers who do away with traditional phones often regret it when they see their workers straying further and further from their desks. The convenience of wireless communication can just as easily be a distraction, with salespeople chatting on the phone instead of focusing on their next sale. If landlines disappear, the days of sitting at your desk to complete the day's work may disappear, too.

If you can push those issues aside, the attractions of ditching landlines are hard to ignore: no more costly telephone switching stations, no more wires and fibre-optic cables stretching for miles and no more unsightly telephone poles .

If you still find yourself having separation anxiety over the possible disappearance of landline telephones, though, you are not alone. Many people are fearful of what their disappearance might mean.

A  future without the landline?

Even though landlines are not completely off the radar yet, some people are already starting to feel the impact of their decline. As you might expect, major telephone providers are among those affected by abandoned landlines, but some other unexpected groups, like pollsters and politicians, are feeling the effects as well.

Although mobile phones and VoIP are increasing in popularity, landlines will probably stick around until countrywide coverage and security improve. At least one good reason to use a landline is that emergency service providers often still have difficulty locating where cell phone calls originate. So while landlines linger on for now, do not rule out having to explain what a telephone pole was to your great-grandkids.

An average Zimbabwean can count on the fingers of one hand the people they know who still have a landline telephone, and I am among them. Getting one installed in my new home is very feasible but why would one bother? Everyone has a mobile cellular phone and what more can a person need?

Mutisi is the CEO of Hansole Investments (Pvt) Ltd and the current chairperson of Zimbabwe Information & Communication Technology, a division of Zimbabwe Institution for Engineers.