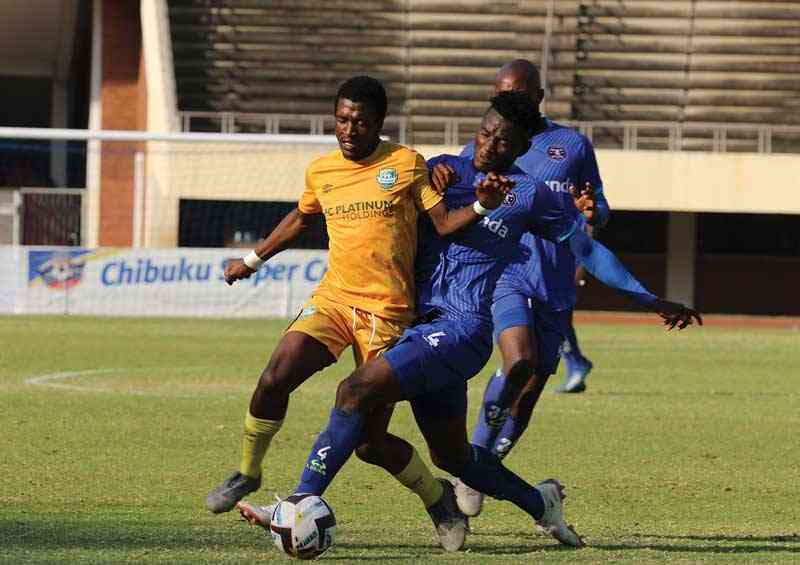 It has become a familiar script. No goals produced in open play and the two protagonists, have to be separated by the penalty shoot-out to decide who progresses to the Chibuku Super Cup semi-final.

This was the fourth meeting which failed to yield any goals in 90 minutes across two seasons. The two teams also played to goalless draws in league encounters this season. Last year, they met in the semifinal and FC Platinum needed a goal in extra time by Innocent Mucheneka.

Yesterday history repeated itself as the two leading teams battled to a stalemate in the richest cup tournament in the land.

With the exhilarating match failing to produce a winner, it was left to the lottery of the penalty shootout to settle the contest.

And FC Platinum prevailed again. Goalkeeper Wallace Magalane was the hero after making two classy saves that denied Dynamos a place in the last four.

Tinotenda Muringai had scored first for Dynamos before Trevour Mavhunga’s effort was saved by the keeper. While Evans Katema had restored confidence for the Glamour Boys when he converted his spot kick, Godknows Murwira, who had been introduced as a sub at the death specifically for the penalties failed to reciprocate the confidence and trust placed on him by his coach. It was apparent that he lacked conviction as he stepped up to take the penalty.  And unsurprisingly his effort was easily saved by Magalane.

Brian Banda then scored the winning penalty after Walter Musona, Blessing Moyo and Gift Mbweti had converted theirs to render Nomore Chinyerere’s miss irrelevant. His kick was saved by Dynamos substitute goalkeeper Frank Kuchinei, who came in for injured Taimon Mvula in the first half.

“It is heart breaking if you look at the effort we put in and (the match) had to be decided by penalties,” The Glamour Boys coach Tonderai Ndiraya said afterwards.

“I thought we gave a good account of ourselves. We knew what the opponent would throw at us and we dealt with that and that took us into the penalties, and there is nothing you can do about it when it comes to the lottery. It’s all part of the game. Yes, we are out of the Chibuku Super Cup and we now turn to theleague.  I think it’s for FC Platinum to lose, but we will not give up.”

His counterpart Norman Mapeza was naturally happy to sail through.

“This is a massive result for us. I am happy for the boys, they gave their all.  We dominated and were just unlucky, we could have finished the match in 90 minutes but all the same we are happy with the result,” he said.

Mapeza though refused to credit Magalane for the victory, insisting the qualification was a product of the whole team’s effort.

“Unfortunately, at FC Platinum we talk about the team and not individuals. This was due to the whole team’s effort, it’s an effort by the whole group,” he told reporters.

The match was a balanced affair but it was FC Platinum who could have scored six minutes into the match, but Musona watched in disappointment his free kick saved by Mvula. Dynamos also missed a good opportunity on 21 minutes when Muringai crashed a free kick against the cross bar from 25 yards out. In the second half, FC Platinum had the best chance with Panashe Mutimbanyoka’s effort spectacularly saved by the substitute goalkeeper Kuchinei.

FC Platinum will face off against Herentals in the semi-finals while Black Rhinos will take on Bulawayo Chiefs.