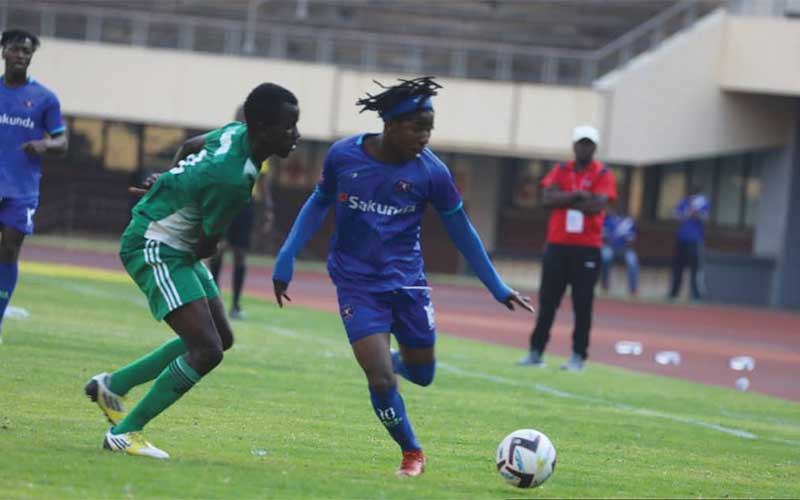 DYNAMOS’ push for a second-place finish got back on track after they laboured to a victory over relegation candidates WhaWha in a Castle Lager Premier Soccer League match at the National Sports Stadium yesterday.

Tinashe Makanda thrust Dynamos into the lead on 18 minutes after he was teed up by impressive forward King Nadolo.

With Chicken Inn being held to a 2-2 draw by Highlanders at Barbourfields despite having led until the dying moments, it meant the GameCocks surrendered second place to the Harare football giants.

The victory took Dynamos’ points tally to 56, one more than Chicken Inn with only four matches left in the campaign.

Both teams are now fighting for scraps after log leaders FC Platinum, who overcame Herentals 1-0 earlier on Saturday to take their points tally to 67, are all but guaranteed to win the championship for the fourth time in a row.

Dynamos, though, wasted several opportunities which could have seen them win a by a big margin.

Emmanuel Paga won a good opportunity on 52 minutes, but reacted slowly to allow a WhaWha defender to clear the ball out of danger.

Nadolo had a headed opportunity superbly saved by the keeper.

Big striker Evans Katema also watched in disbelief, his powerful low shot drawing a fine save from the keeper.

Makanda could have completed a brace at the death with a speculative long range effort that, however, crashed against the cross bar.

Dynamos coach Tonderai Ndiraya was still happy with the points.

“It was a difficult match, but I am happy we got maximum points. We created so many chances, but the goalkeeper was the difference. He put up a good show. What we want is to try to finish in second place and we will keep pushing,” he said.

His counterpart Luke Petros threw in the towel with just four matches left in the campaign.

“The boys are trying their best, but due to financial challenges, we have not managed to achieve what we want. The motivation is still there but I don’t think it’s still possible (to) survive relegation,” he said.