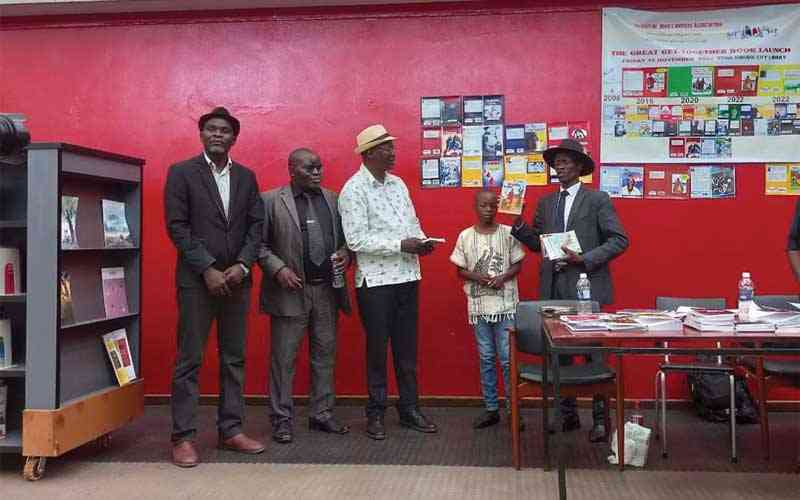 Great Get Together Book Launch

ESSENTIAL Books Writers Association yesterday had a massive book launch, the Great Get Together Book Launch, where over 20 writers launched their books at the Harare City Library.

The event, graced by the guest of honour, National Arts Council Zimbabwe director Nicholas Moyo, saw writers from different provinces gather in one house to share stories behind their books.

Moyo urged the writers to distinguish themselves in their trade.

“Let’s work hard to project an image of the goal we want to achieve, there is always the risk of literary artists comparing themselves with performing artistes, the two are different, as literary artists or writers discover your abilities and penetrate them to grow yourselves,” said Moyo.

“Don’t be fascinated with writing for the purpose of falling under a publishing house, but be guided by your objectives and work on how you can achieve them so that your art is made a business not a mere hobby.”

He also encouraged writers to explore measures that will ensure they move with current times of digitalisation and ensure that their works get recognised at international markets.

“There are major opportunities and let's penetrate international competitions, the role of associations like Essential Books Writers Association is to open doors for its members and let’s engage in distribution of our work in digital spaces and environment,” said Moyo.

Other writers who were present included Susan Mahakata who launched her book Stories We Don't Tell which exposes issues of mental health, Pepetua Gonese a literature teacher who also started writing in 2016, Lucas Muchechetere based in Masvingo whose book Mvenge-Mvenge, a shona novel is yet to be published, Mildred Mutize, Vitalis Gumbo who writes short stories and poems who launched his book which captures the hardships faced by everyone during the Covid-9 pandemic and Edmore Gwanzura professionally known as Prof G, who launched his book Matimbe.